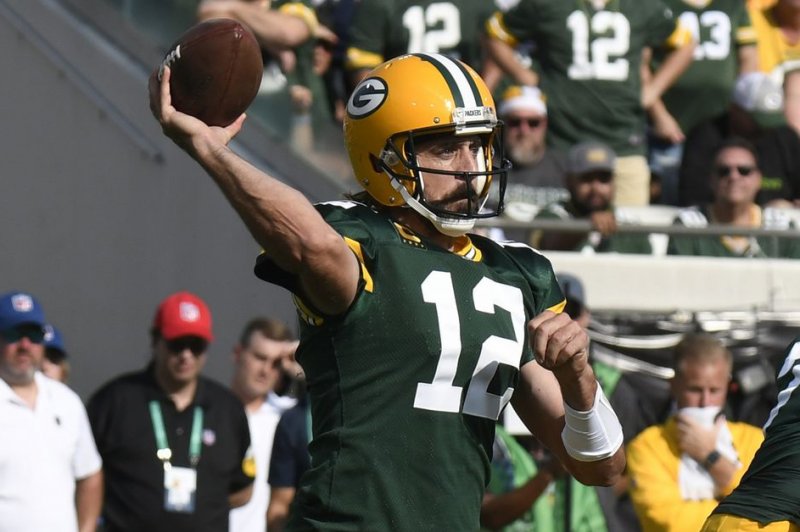 Sept. 23 (UPI) — Green Bay Packers quarterback Aaron Rodgers has a specific reason for his rugged appearance this NFL season, which includes long hair and an unshaven face. He plans to dress up like one of his “heroes” for Halloween.

The reigning NFL MVP told The Pat McAfee Show on Tuesday that he started preparations for his costume a year ago with adjustments to his grooming habits.

“I have a month until Halloween and this has been a year in the making for my costume,” Rodgers said.

“I’m not going to give it away. but it’s somebody who is a hero of mine who has longish hair.”

Rodgers, 37, typically posts photos of himself from Halloween on social media. In 2019, the Packers star dressed up as Uncle Rico from Napoleon Dynamite. In 2017, Rodgers dressed up as Steve Zissou from The Life Aquatic with Steve Zissou.

Several Twitter users responded to Rodgers’ tease Tuesday with guesses about who he plans to dress up as for Halloween. The guesses included: the Joker, the Undertaker, the Dude from The Big Lebowski and Jon Snow from Game of Thrones.

Rodgers spoke about his support for the Game of Thrones series in interviews over the last few seasons and even made a cameo appearance in a 2019 episode.

Rodgers also once wore a Big Lebowski sweater to a postgame news conference.

The Packers face the Arizona Cardinals on Oct. 28 in Glendale, Ariz., three days before Halloween. 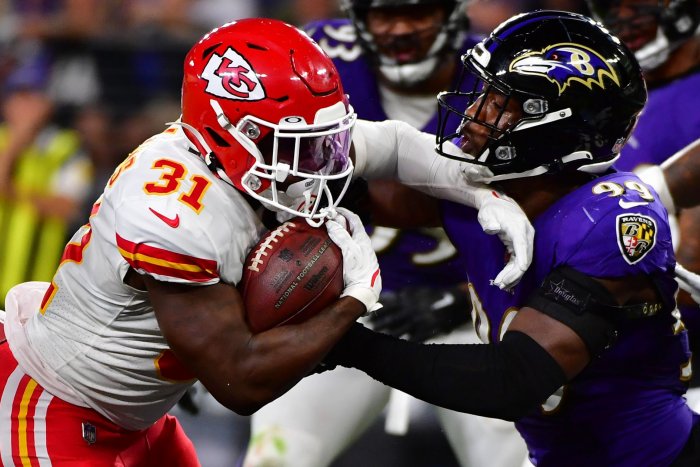 The Kansas City Chiefs’ Darrel Williams scores on a 2-yard touchdown past Baltimore Ravens Odafe Oweh in Baltimore on Sunday, where the Ravens won 36-35. Photo by David Tulis/UPI | License Photo