Impudence Of A Foreign Nonentity 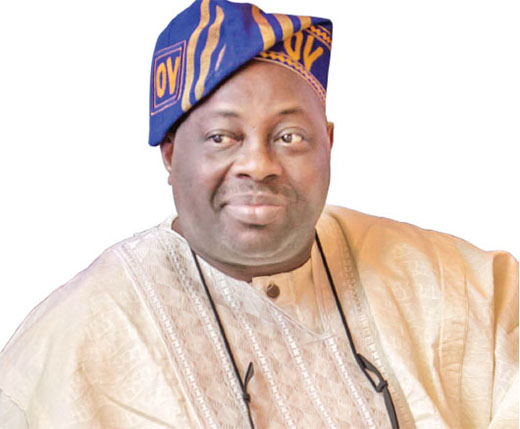 Ghana has become so liberal that a certain Dele Momodu originating from Nigeria has developed the guts to dabble in the affairs of this country with unacceptable impunity. He incessantly does so and nobody has bothered to enquire about his nationality let alone take him to the cleaners for calling our bluff as indigenes of this beautiful country.

He is anything but a Ghanaian which is what irritates those who have followed his sycophantic exploits on the political terrain.

Since the electoral ouster of former President John Mahama from power, his benefactor, he has known no peace, his troubled soul compelling to spew assortment of crap in the name of defending the man who has done so much for him in Ghana.

It is a symbiotic relationship both benefitting from each other. While the dividends Dele derives from his buddy are tangible the latter’s service to the former are unprintable and we would rather it remains so, under wraps.

An apologist of former President Mahama he has not showed any iota of objectivity in his unnecessary assessment of Ghana a country in which he is allowed all the freedoms he could not enjoy in abduction-infested Nigeria.

He is so embittered about the defeat of the former President that he has embarked on a journey of fault-finding in his host country never seeing anything positive since President Akufo-Addo took over the reins of government.

Listen to him: ‘there is culture of silence in Ghana.’ He adds that under his friend John Mahama’s tenure the story was different.

Of course the story was different because he, Dele Momodu, had the inexplicable opportunity to serve as a de facto presidential staffer. His unwritten terms of reference included traveling to foreign lands on behalf of his political godfather. The subjects of the missions varied but some bordered on bodily pleasure.

Considering the benefits derived from the missions and the pecks from being an official presidential staffer the anguish of Dele is understandable. He is a sulking man.

Ghana will continue to exhibit her age-old hospitality and respect for ECOWAS protocols to which she is signatory. She won’t breach any aspect of these because of a nonentity’s idiocy.

This is not the first time that the nincompoop has showed disrespect to our constituted government as he serves as a vent for his boss’ pain of defeat.

If the pecks of office he held under the former President are no longer flowing as they used to that does not represent culture of silence. What about ‘culture of good governance’? That of course stands as a bastion against the dissipating of state funds for the comfort of a foreign nincompoop who cannot differentiate between culture of silence and the contrary which is what allows him the freedom to spew nonsense against his host country and go scot free.

Can he even live in his own country for a few months and nothing will happen to him? This guy is always insulting us with impunity.

Avoiding treading on the delicate subject of politics is what a sensible person would do in a foreign country. Dele appears to have forgotten himself, thinking rather erroneously that former President John Mahama can come to his aid when his immigration status is questioned by the appropriate authorities.

Culture of silence died with the exit of the P(NDC) which metamorphosed into the NDC.