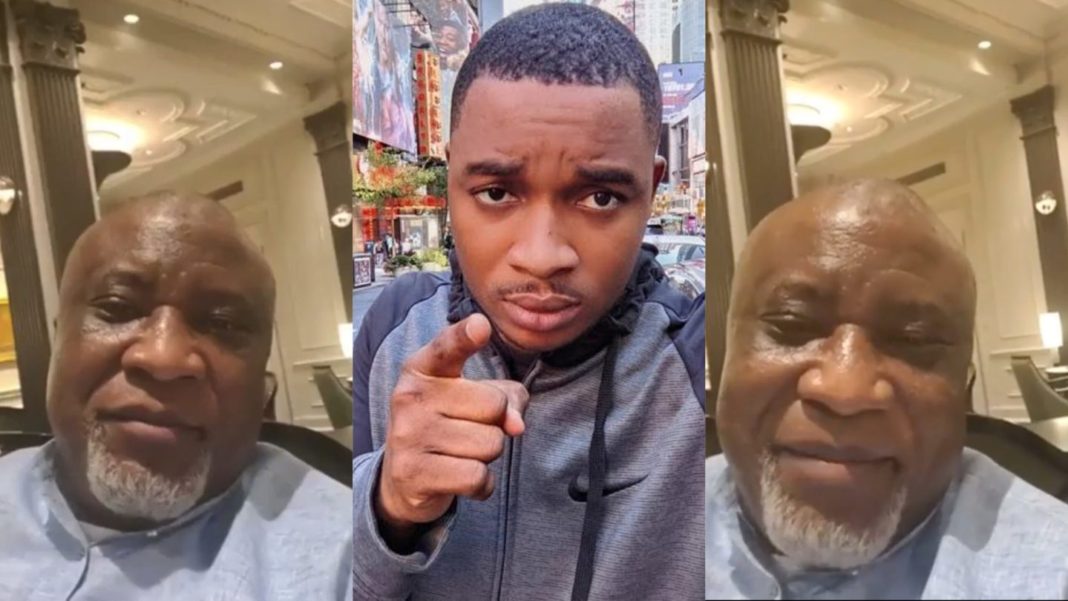 Twene Jonas has offered an epic clap back to wild allegations made by politician affiliated with the ruling New Patriotic Party (NPP), Hopeson Adorye that he has lost his job and is wanted by the US authorities for deportation, albeit this time subtly.

Hopeson Adorye who is married to gospel star Gifty Adorye (formerly Gifty Osei) shocked netizens when he dedicated a video on social media calling out the young activist and Facebook celebrity by saying Jonas is miserable presently as he has no hope in the US.

Mr further Adorye advised the youth to desist from listening to the words of Twene Jonas because he is trying to pollute the minds of the youth.

However, Twene Jonas who has gained notoriety for using obscenities to address his issues such as this failed to hurl his trademark at Adorye but rather put on display his new iPhone 13 which was released days ago. See below; 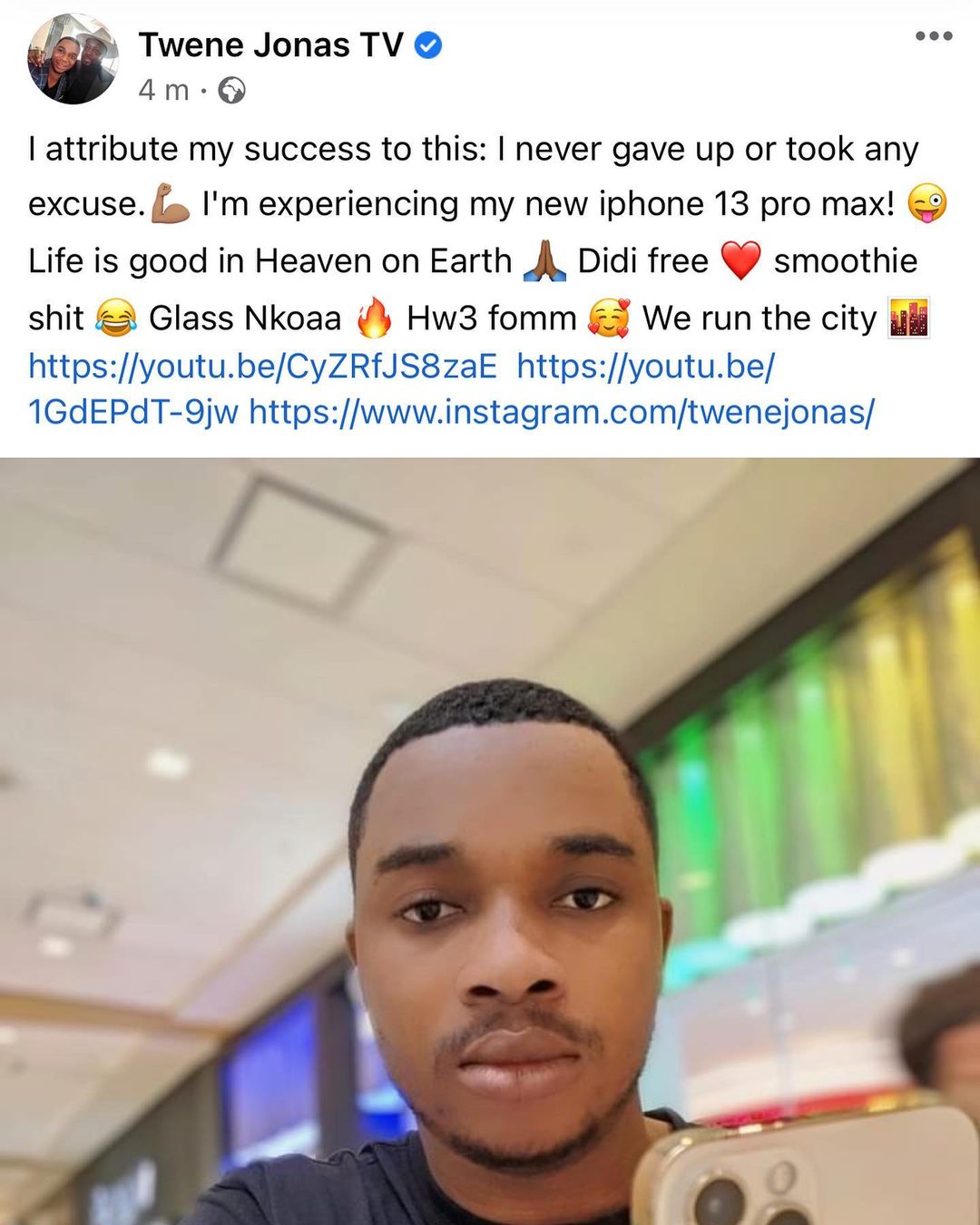