Donald Trump just sued the New York Times and his niece for $100m. If history is a guide, he probably won’t win 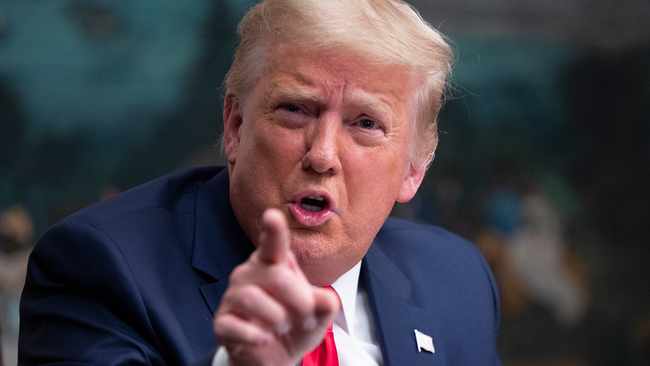 By Paul Farhi and Sarah Ellison

Donald Trump has once again sued a news organisation alleging that its reporting was unfair to him. If history is any guide, this one is also likely to generate a flurry of attention before quietly stalling out.

Trump’s latest lawsuit, filed on Tuesday, is aimed at the New York Times and his niece, Mary Trump. It centres on the Times’s publication in 2018 of a Pulitzer Prize-winning investigation of Trump’s alleged tax-avoidance tactics and the history of his family inheritance.

The suit claims that Mary Trump and three Times reporters engaged in an “insidious plot” culminating in a “breach of contract” when the paper published records about the former president’s finances that were subject to a 2001 family confidentiality agreement.

Mary Trump has publicly acknowledged that she was a primary source of the Times’s story.

Trump has threatened to sue news organisations, including the Times, for decades, but has followed through on only a handful of occasions. It’s not clear whether he has ever prevailed in any action that he or his political operation has brought over reporting or published commentary, either in court or through a settlement before trial.

He has repeatedly run up against laws and judicial rulings that make it difficult for public figures to win judgments against news organisations. As a result, courts have dismissed almost all of his claims, including one last year in which his brother, Robert, sought to prevent Mary Trump from publishing a memoir about the family that became a bestseller.

In fact, Trump has been notably less successful in pursuing legal actions against news outlets than his wife, Melania Trump, who in 2016 brought a lawsuit against the Daily Mail tabloid for an article suggesting that she had worked for an escort service before meeting Trump. The Mail apologised for the article in 2017 and paid Melania Trump a reported settlement of $2.9 million. A Maryland blogger, Webster Griffin Tarpley, also agreed to settle Melania Trump’s claim for an undisclosed sum that same year.

Melania Trump was represented in both cases by attorney Charles Harder, who represented professional wrestler Hulk Hogan in his invasion-of-privacy suit against Gawker Media. Harder won a $140 million judgment against the company, leading to its bankruptcy and the shuttering of Gawker.com.

But Harder and Trump haven’t had much luck since then. Defamation lawsuits filed by Harder on behalf of Trump’s reelection campaign against CNN and the New York Times were dismissed by courts in late 2020 and early 2021, respectively.

Both lawsuits were over opinion columns that tied Trump and his 2016 campaign to Russian interference in the election. A similar lawsuit against The Washington Post, citing opinion columns by Greg Sargent and Paul Waldman, is pending. Harder was also the attorney behind Robert Trump’s failed effort to stop Simon & Schuster’s publication of Mary Trump’s “Too Much and Never Enough: How My Family Created the World’s Most Dangerous Man.”

In this new case, though, Trump has traded Harder for a lesser-known Bedminster, New Jersey-based attorney, Alina Habba. Habba’s office did not return calls for comment. Harder told the Post he is no longer working for Trump but declined further comment.

But the strategy behind Trump’s lawsuits may have less to do with winning a claim than reinforcing his long-standing refrain that he is a victim of “fake news,” bolstering his political standing and ginning up donations from supporters. In a statement Wednesday morning, Trump promised “More to come, including on other people, and Fake News media.”

“All of his lawsuits amount, for the most part, to sabre-rattling,” said Tim O’Brien, a former New York Times journalist who is a columnist for Bloomberg News and worked last year for Democratic presidential candidate Mike Bloomberg’s campaign. “It’s an effort to show he fights back no matter what. By and large, it doesn’t get him anywhere.”

Trump sued O’Brien, too, over statements questioning Trump’s net worth in O’Brien’s 2005 book, “TrumpNation: The Art of Being The Donald.” Trump lost the case when a superior court judge dismissed his suit in 2009, which was affirmed by an appeals court in 2011.

Trump’s legal track record reflects the First Amendment’s protections of freedom of speech, and judicial precedents that favour discussion of important public issues, said RonNell Andersen Jones, a law professor at the University of Utah. In this instance, the Times may have a specific precedent on its side: A 2001 Supreme Court ruling, Bartnicki v. Vopper, protects a news organisation from being held liable for publishing information from a source who may have obtained the information unlawfully, such as a cellphone conversation from an illegal wiretap, she said.

“The material [in the Times’s tax story] certainly is the sort of thing the law would consider a matter of public concern” Jones said. The information was “central to the national political conversation for the entirety of [Trump’s] campaign and his term as president.”

But Trump may not really be seeking legal redress, she said: “The clear pattern in virtually every piece of litigation that Trump has threatened or brought against any media organisation has been to use the suit primarily as a tool for delegitimising the press. Litigation has been a centrepiece of his tactic of constructing the media as an untrustworthy enemy and urging the erosion of protections for journalists.”

That is, not surprisingly, how Mary Trump and the New York Times see the former president’s latest suit.

“The Times’ coverage of Donald Trump’s taxes helped inform citizens through meticulous reporting on a subject of overriding public interest,” a Times spokeswoman, Danielle Rhoades Ha, said in a statement. “;This lawsuit is an attempt to silence independent news organisations and we plan to vigorously defend against it.“

Mary Trump’s attorney, Theodore Boutrous Jr, called Trump’s claim “the latest in a long line of frivolous lawsuits by Donald Trump that target truthful speech and important journalism on issues of public concern. It is doomed to failure like the rest of his baseless efforts to chill freedom of speech and of the press.”