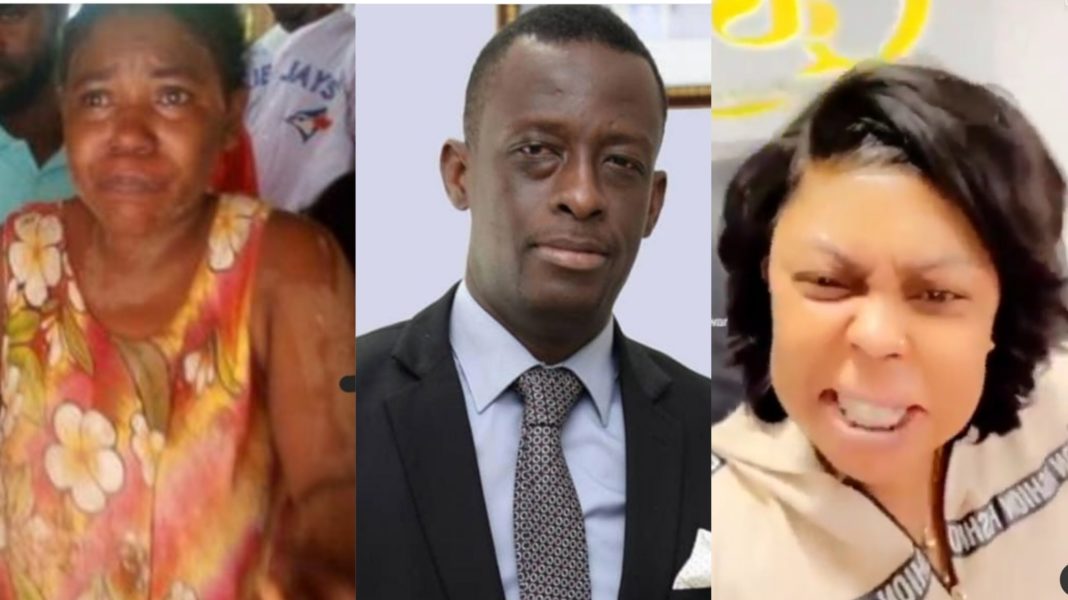 For the past three days, the alleged kidnapping of Josephine Payin Mensah has been in the news with so many conspiracy theories popping up.

The carpenter who found the lady after she reappeared disclosed that she wasn’t pregnant when he found her.

A police statement also claims the lady was lying about being pregnant. But some videos and pictures that have surfaced online cleary show the woman with a heavy belly.

Now from the information we know after the husband of the kidnapped lady was interviewed by Citi News, she already has two kids and was pregnant with a third.

Her husband made it clear she has no reason to lie or fake a pregnancy or kidnapping. He also added that he didn’t understand why the the regional minister, Kwabena Okyere Darko Mensah won’t come and ask him ( the husband) about his wife’s pregnancy and rather forming their own opinions.

Reacting to this, Afia Schwarzenegger who is appalled by the whole issue has called for minister to be sacked because he is a suspect.

See Her Reaction below; 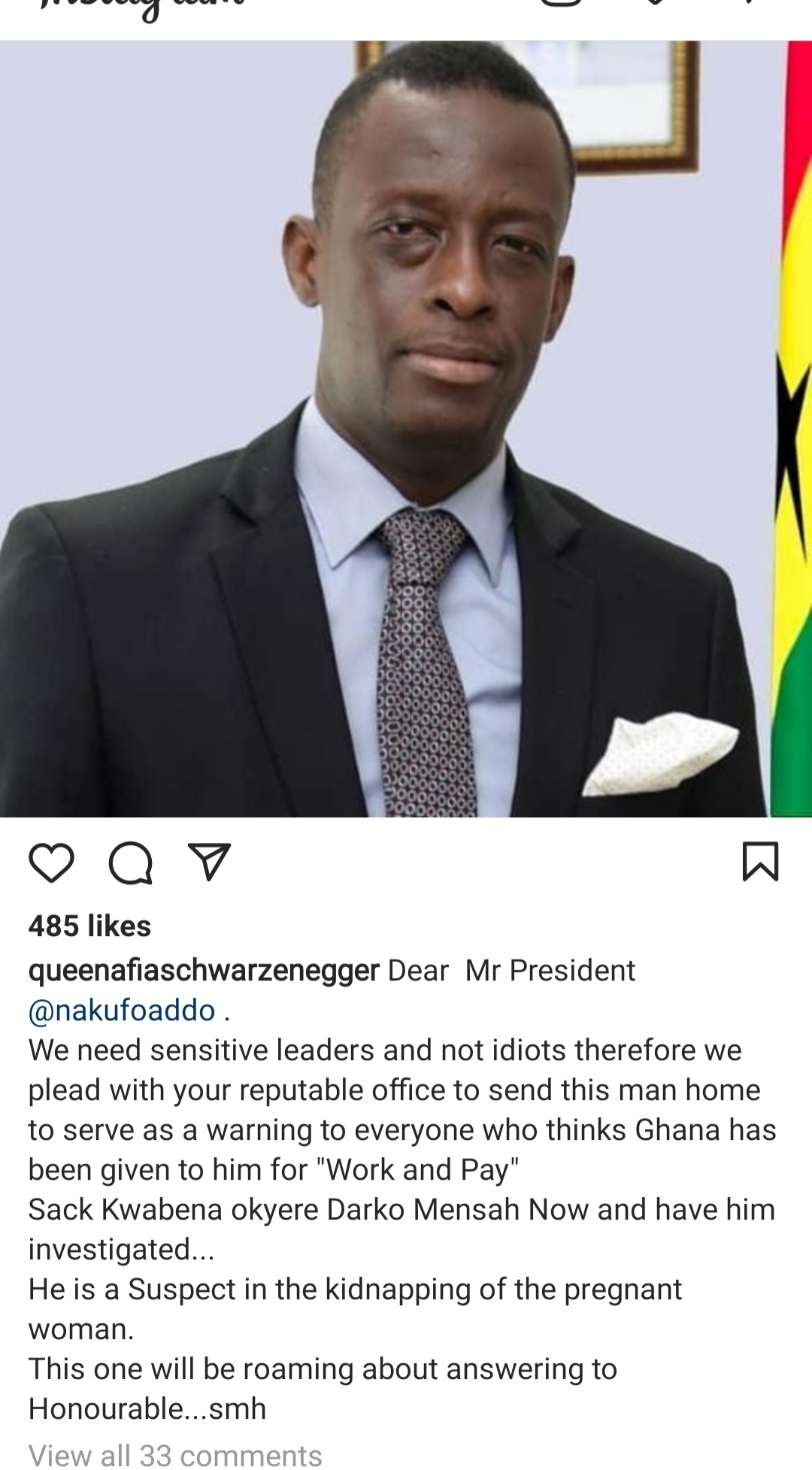