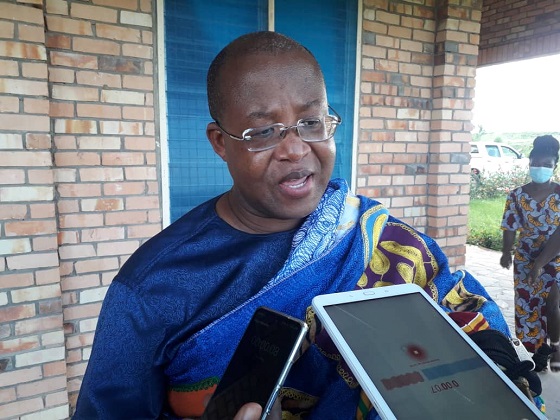 One of the only three gazetted Children’s home in the country, Village of Hope, has marked 25 years of its existence, recounting its role in the transformation of the lives of often neglected children in the society.

The organisation which was started in February 1996 with eight children in Ayawaso of the Greater Accra Region has grown to accommodate over 1,300 children in different parts of the country.

It has also ventured into the provision of healthcare and education with the establishment of a vocational institute to train street children, having a school and a hospital to cater for members of the organisation and surrounding communities.

At a durbar graced by traditional leaders, former housemates, retired workers among other stakeholders, the Group Managing Director of Village of Hope, Fred Asare, commended the traditional authorities of Gomoa Fetteh in the Central Region, for supporting with acres of land and welcoming the orphanage when it relocated to its current area in 1998.

He said that the lack of compassion for children has been a major setback as far as humanitarian works was concerned adding that, “we have found children who were malnourished and we thought that such children were found in Ethiopia where there was famine some time ago, but we got to know that we have such children in our backyard.”

The organisation, he said, has started a baby’s home for abandoned babies which it intends to expand to accommodate 40 babies from its current capacity of 10 babies.

It has therefore, called on the public to support the organisation to continue to impact the lives of children who have proven to be beneficial to the country when well nurtured.

“We are catering for the education of more than 200 children and we have 43 of them in the tertiary institutions and 40 in senior high schools and others in basic school,” he said.

Nana Abor Atta II, the Chief of Gomoa Fetteh and Twafohen of Gomoa Akyempim also described relationship between the chiefs and the Village of Hope as one that would inure to the benefit of Fettehman, saying “our doors are still opened to you for consultation on how to move this organisation forward.”

A former housemate of the organisation who happened to be a lawyer and the Member of Parliament (MP) of Madina Constituency, Francis Xavier Sosu, said that being born as a child dedicated to a deity meant he would have been confined to a shrine with all his potentials subdued.

He, therefore, urged children in the orphanage to make use of the opportunity provided them to make meaningful impact in the society.