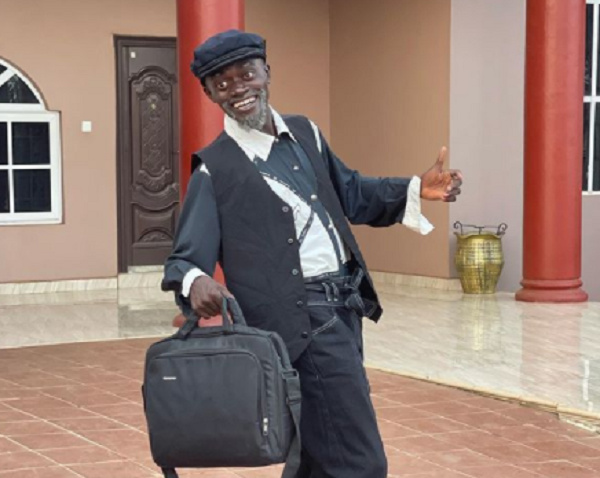 • LilWin says veteran actors are not celebrated by Ghanaians

• According to him, actors who are 60 years and above should be paid by the government

Ghanaian actor, LilWin, has charged government to consider paying salaries to veteran actors in the country.

Born Kwadwo Nkansah, the popular Kumawood actor LilWin has argued that his elderly colleagues who have paid their dues when it comes to entertaining the nation are neglected in their old age.

He is therefore calling on the nation to celebrate these men and women while they are alive and not when they die.

“Ghana, this is the time you have to celebrate us not when we die. We like celebrating the dead, this is the time they have to tell us words of encouragement for us to be motivated when it comes to entertaining the public. Celebrities in Ghana are part of the reason why there’s no war in Ghana, we have managed to entertain the public,” said LilWin in an interview with Andy Dosty on HitzFM.

“Veteran actors are even supposed to be paid by the government; from 60 years and above. These people have paid their dues when it comes to entertainment. Even Ministers, when they have a bad day or a misunderstanding with their wives, they watch movies to laugh it off. Why then do we wait for these people to die or get sick before we donate monies to them?” the comic actor questioned.

Kwadwo Nkansah is not just known for his rib-cracking roles in movies, the actor who doubles as a musician, has a number of songs to his credit.

Don’t be intimidated, be confident – Abubakari Damba to Hearts