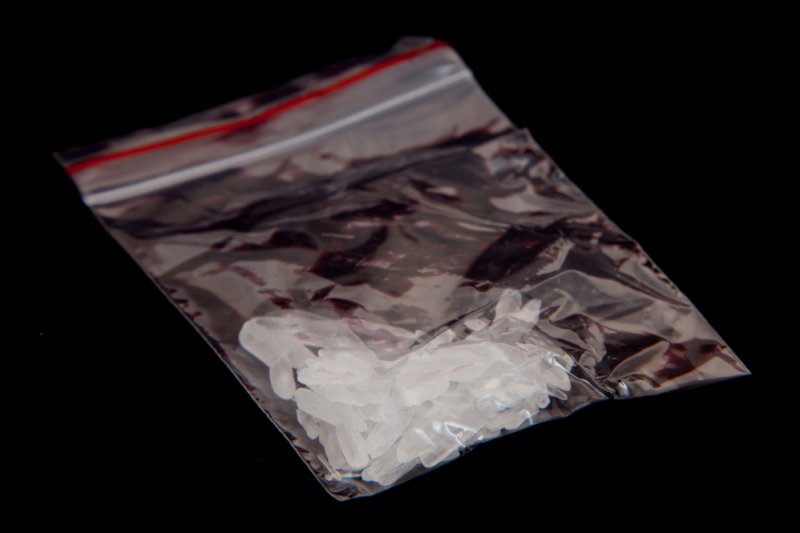 Over the same period, methamphetamine use rose nationally by 43% and “frequent” consumption of the drug grew by 66%, the researchers said.

An estimated 2 million people in the United States used the drug in 2019, more than 1 million of them frequently — or on more than 100 days in the past 12 months — according to the researchers.

“The availability of methamphetamine has increased in the United States since 2015, and the purity of the drug has also increased,” report co-author Dr. Nora D. Volkow told UPI in a phone interview.

“This means the drug is easier to access, and it is more dangerous, which increases the risk of overdose,” said Volkow, director of the National Institute on Drug Abuse.

Drug users surveyed by Volkow and her colleagues indicated they believe that, despite this rise in purity, methamphetamine is safer than opioids such as fentanyl, which also has been linked with overdose deaths.

Although the drugs elicit different sensations or “highs,” they both provide the “escape” drug users seek in attempting to cope with “feelings of hopelessness and helplessness,” Volkow said.

“This is why drug addiction and drug overdoses have been described as diseases of despair,” she said.

Methamphetamine is a highly addictive stimulant that acts on the central nervous system, creating a “rush” or feeling of energy or euphoria after being snorted, injected or taken orally, according to the Foundation for a Drug-Free World.

Often used as a “club drug,” its most common form is “crystal meth,” which are tiny rocks or crystals, the foundation said.

Figures released by the National Institute on Drug Abuse in July indicated that drug overdose deaths rose by nearly 30% across the country in 2020, during the COVID-19 pandemic.

Estimates released on 2020 suggested that methamphetamine use has increased six-fold nationally since 2013.

The numbers for this analysis are based on nearly 200,000 responses to the 2015 to 2019 National Surveys on Drug Use and Health, which are annual assessments conducted by the federal Substance Abuse and Mental Health Services Administration.

Although methamphetamine was the primary driver of the increase in overdose deaths since 2015, stimulant use, both methamphetamine and cocaine, rose by 60% over the study period, the data showed.

However, the prevalence of methamphetamine use disorder, or addiction, more than tripled among women and more than doubled among men between 2015 and 2019, the researchers said.

“Ensuring that there are controls in place to ensure that these drugs are not readily available is a key to prevention,” Volkow said.

“But so are educational initiatives, particularly those targeting children and adolescents, that teach people about alternatives to drug use,” she said.