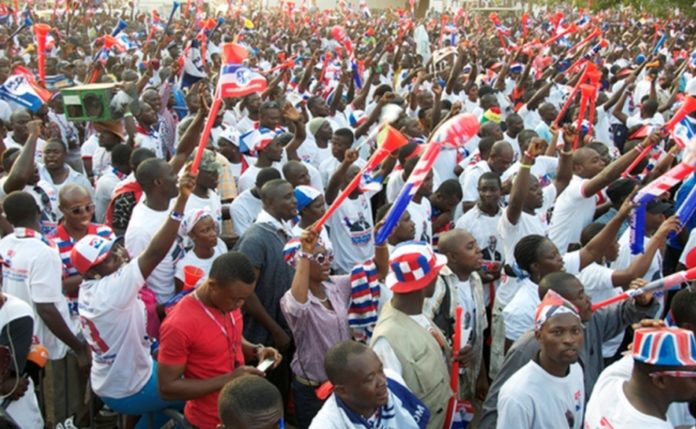 Some supporters of the New Patriotic Party (NPP) at Tain constituency, have expressed their disappointment in the nomination of Madam Lucy Acheampong as the District Chief Executive (DCE).

The aggrieved party supporters say they cannot tell if the nominee is the same as Loiusa Acheampong, as they are struggling to figure out her exact identity.

According to them, appointments under the Akufo-Addo-led government have been nothing short of disappointment with regard to party supporters in the constituency.

“It is becoming clear that the Tain District is the Constituency that is a safe haven and convenient grounds for the NPP to do gender balance, satisfy the ego of Godfathers and reward personality colts.

“Well, the hardworking youth of Tain can continue to wrestle with General Mosquito to win power for the NPP but to dream of getting one of their own to manage the affairs of the constituency and take care of their needs is out of their dreams,” the supporters said in a statement.

They lament the government has never and may not appoint any minister, deputy minister, CEO, or any top position from Tain as they are yet to be proven wrong.

“No need for a soothsayer to proclaim that the constituency executives won’t fight for the masses but will protect their personal interest, after all, man lives by interest and politics is about permanent interest.

“The fate of the N.P.P youth in Tain is a wilderness of Godfather or no benefit, only a big man is the compass Chairman Abronye

“The elephant is too big to hide behind the tree. You and the regional executives have made us aware that you are consistently inconsistent and reliably unreliable,” the statement added.