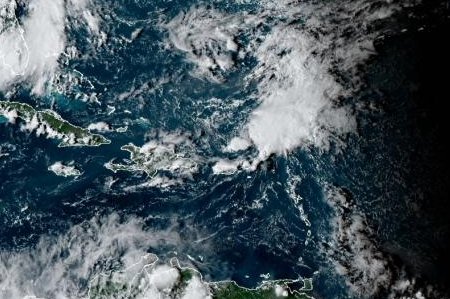 Peter became a tropical storm early Sunday, but is expected to remain a depression through the weekend.

In its 5 p.m. EDT update, the National Hurricane Center said Peter was located 160 miles north-northwest of San Juan, Puerto Rico, and had maximum sustained winds of 35 mph. It was moving west-northwest at 8 mph.

Forecasters said a continued weakening was expected over the next several days, with Peter possibly degenerating into a remnant low by Thursday. The storm was expected to bring 1 inch to 4 inches of rain across portions of the Northern Leeward Islands, as well the Virgin Islands, Puerto Rico and Hispaniola. The accumulation could lead to urban and small stream flooding.

“On the forecast track, the center of Peter will remain well north of the Virgin Islands and Puerto Rico tonight and should move well east of the southeastern Bahamas during the next few days,” the NHC said. 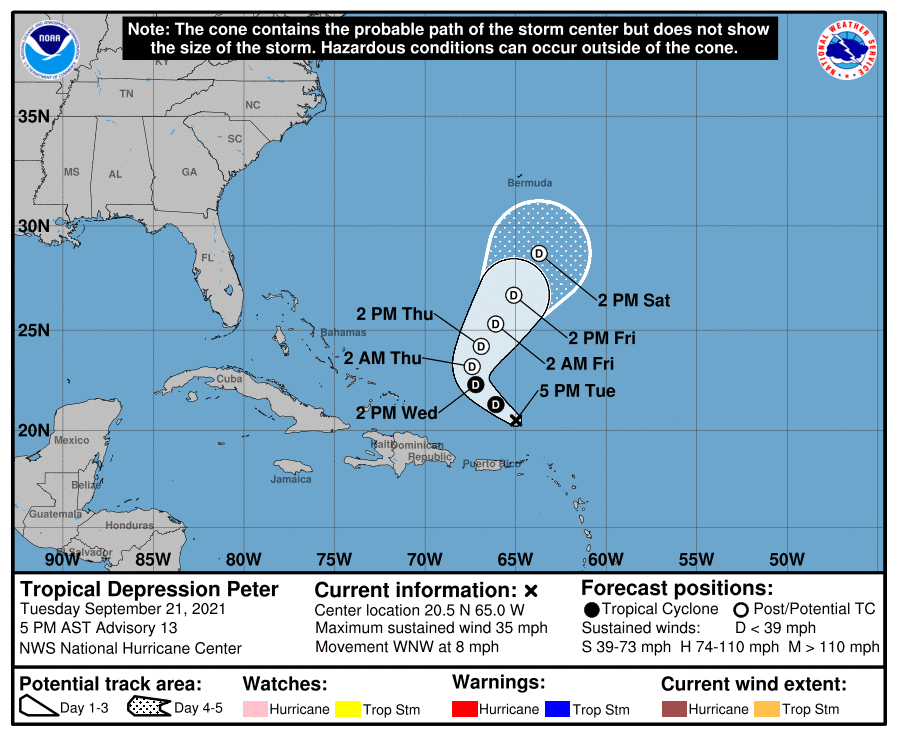 The storm is not expected to impact the United States mainland.

Tropical Storm Rose also formed on Sunday, becoming the 17th named storm of the season, and is projected to follow a similar movement as Peter.