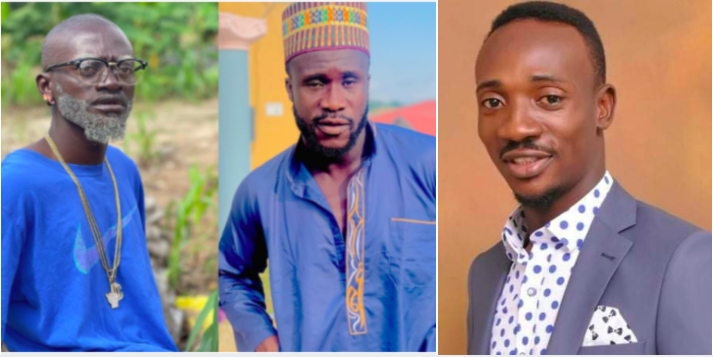 Kumawood actor Salinko has added his voice to the ongoing brouhaha emanating from the camp of Ras Nene also known as Dr Likee and Lil Win on which of them is more popular now.

Although Ras Nene himself did not respond to that claim, another Kumawood actor Yaw Dabo said in a separate interview that Lil Win should learn to accept the fact that Ras Nene is on top now.

And Salinko, in an interview with Graphic said it will be wrong to compare Ras Nene to Lil Win because Lil Win, who is also a musician, is still very popular even after a decade in the industry.

“Lil Win has been around for more than a decade and he fits in any role given to him. Whether it is comedy or serious roles Lil Win will execute them with ease. Ras Nene is not a bad actor but Lil Win has been consistent and funny so comparing the two is like comparing some of these young rappers to Sarkodie which is totally disrespectful,” he said.

According to Salinko, people should learn to acknowledge those who have paid their dues in the industry and accord them the respect they deserve.

“We need to respect the seniors in the game and appreciate their contribution. I respect any actor who has been around for more than a decade and is still relevant,” he added.

As a reminder, the banter about who is hot now started some weeks ago when Lilwin real name Kwadwo Nkansah granted an interview to blogger Zionfelix in which he said that Ras Nene cannot be compared to him because he is a legend.