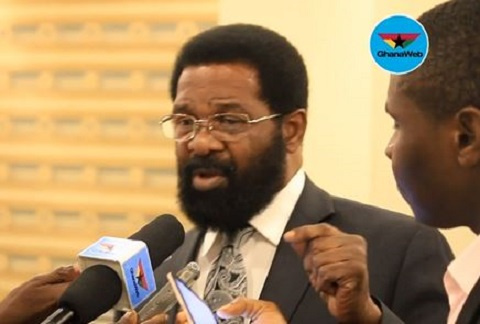 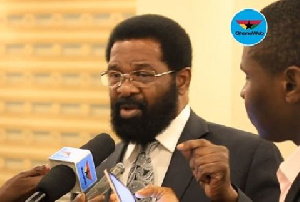 Member of Parliament for Ablekuma South and former Mayor of Accra, Alfred Oko Vanderpuije, has stated that his only regret as the erstwhile Mayor of the capital was not being able to forestall the perennial issue of flooding in Accra.

He said during his time as the Mayor in former President John Evans Atta Mills’ tenure in 2010 and there was a great flood in the capital, he was asked to draw up a proposal on how to forestall the deluge and he presented a draft proposal to parliament that was approved to resolve the challenges around flooding and the zoning of the city but the government could not secure the $500 million loan for the project.

Mr Vanderpuiye said, had the Atta Mills-led government secured the loan for the project, the perennial canker of flooding in the capital city would have been a thing of the past.

He said, for the lack of funding for the ambitious project, the country would have been in the position to have the flooding problem under control by reconstructing the drains better than what we have now in the country.

Asked what is the cause of the perennial flooding in the nation’s capital, Mr Vanderpuiye said there are many factors that cause the deluge in the capital such as the low-lying nature of Accra compared to all the other regions in the country.

He said when it rains in the mountainous areas such as the Eastern Region the natural flow is to descend downwards to the low-lying areas as the geography of Accra is to receive rainwater with all the debris into the ocean.

According to the former Mayor, it is easy for Accra to be flooded even when there is no heavy downpour because of the mountainous areas like the Eastern Region.

Mr Vanderpuiye thus posited that most of the filth that accompanies rainwater in Accra are residues from other mountainous regions in the country that descend down because of the low-lying nature of Accra.

He said in order to properly curb the perennial flooding in the capital city, the government must be willing to deal with the environmental challenges from the district level across the country by constructing adequate infrastructure to convey eroded water to the right places in the country.

To him, Accra cannot be the cleanest city overnight in the country, as there are pertinent things to be done to achieve that, like taking care of the overwhelming refuse surrounding Accra in all the mountainous areas in the country.

He made this declaration in an interview with Yaa Titi Okrah on the Pae Mu Ka program on Onua FM, Monday, September 20.

He was speaking on the back of the perennial flooding in the capital city and the general environmental challenge facing the country.

“The one problem that I couldn’t forestall that I regret is our interest and desire to end flooding and the challenges around flooding. When I came into power as the Mayor, there was flooding in Accra in 2010 and Prof. Mills asked me what will be the solution for the canker. He asked me to submit a blueprint and I submitted the proposal to him that was submitted to parliament for approval and it was approved.

“It was a proposal that sought to resolve the challenges concerning sanitation, flooding, drains and the dredging of the Korle lagoon and to institute a standard of sanitation in Accra. After the proposal was approved by parliament, the government went to the International Monetary Fund (IMF) for a $500 million dollar loan for the project but the country couldn’t secure the loan for the project. That is my only regret as the former Mayor of Accra,” he pointed out on the Pae Mu Ka program.