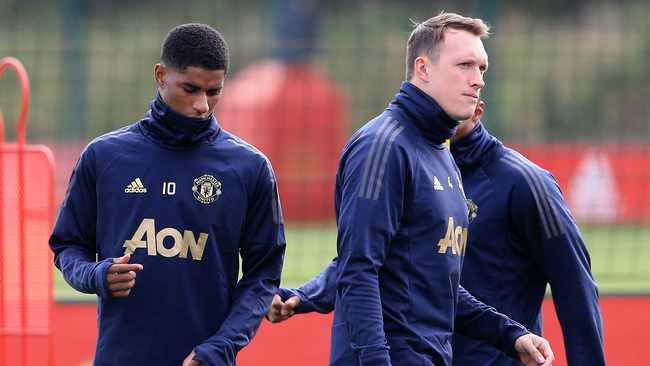 Jones has not played for the club since scoring in their FA Cup win over Tranmere Rovers in January 2020, because of a serious knee issue for which he underwent an operation last summer.

“I’m so happy for Phil,” Solskjaer told the club website. “He has completed two 90 minutes (games) for the Under-23s, played some minutes behind closed doors and he’s got no reaction on his knee. He’s been working really hard.

“He will be in the squad. It’s a good day for him and for us, and it’s something that he has earned.

Phil Jones opens up on his struggles with his recent knee injury 🗣 pic.twitter.com/aNd4QUkkev

“I know what challenges he’s been through, mentally, thinking ‘will I ever play football again or even be able to walk again and be able to play with the kids in the garden’.”

England international Jones, who has played more than 200 games in all competitions for the club, said last weekend he had been “through hell and back” as he struggled with injuries.

Midfielder Jesse Lingard, who scored a late winner in last weekend’s dramatic 2-1 Premier League victory at West Ham, would start in Wednesday’s match, while defender Alex Telles will also be involved as he returns after recovering from an ankle injury.