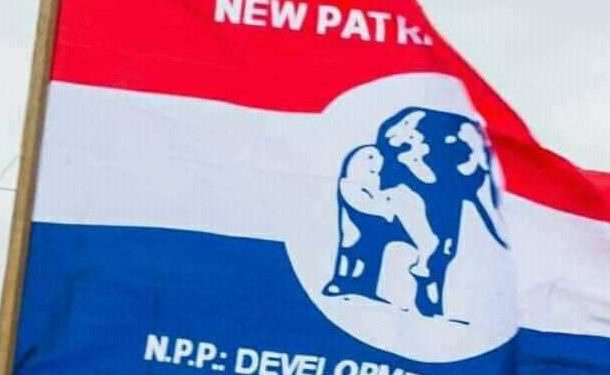 Some members of the ruling New Patriotic Party (NPP) of Tema Central Constituency on Tuesday took to some streets of Tema Community four to demonstrate against the nomination of Mr Yohane Armah Ashitey as Tema Metropolitan Municipal Chief Executive.

According to some executive members who demonstrated at the Party’s office, they have suspended party activities in the Constituency and the party office would remain locked until government withdraws the nomination of Mr Ashitey and nominate Mr Charles Boateng who is the Tema Central NPP Constituency chairman as the MCE nominee.

Mr Prince Ayim Nuamah, Deputy Constituency Secretary told the media that their expectation was that Mr Boateng, who had helped to produce a number of MPs both in the then Tema East Constituency and Tema West would be announced as the MCE nominee and was therefore shocked to hear the name of Mr Ashitey.

Meanwhile, the Tema Traditional Council (TTC) has described the nomination of Mr Ashitey as TMA MCE nominee as a commendable act meeting their expectations of having an indigene as the political head of the area.

Nii Amarh Somponu II, Tema Stool Secretary and Shipi expressed the Council’s satisfaction at the nomination in an interview with the Ghana News Agency following the announcement of the nominees for the various districts across the country by the Local Government, Decentralization, and Rural Development Minister.

Nii Somponu said, “his nomination has met our expectation, the government has listened to us and we are grateful for that”.

Some residents in Tema have appealed to the newly nominated Tema Metropolitan Chief Executive (MCE), Mr. Ashitey, to pay attention to the welfare of the people in the metropolis.

Mr Yahaya in an interview with the Ghana News Agency in Tema said other concerns included poor waste management, inadequate health facilities and personal health challenges, food and poverty-related issues within certain parts of the metropolis.

Mr. Yahaya, also advised the newly appointed MCE to put down every political lens before assuming office, and also to work for the common benefits of the assembly.

Mr. Teye Larweh, a contractor also a resident explained to the GNA in an interview that, he will like to entreats Mr. Ashitey to focus on abandoned projects, which were started by the previous administration.

He must complete such projects, and by so doing jobs would be created for some of the unemployed youths within the communities.

Mr. Teye also encouraged the MCE to use his experience and expertise to restore Tema back to its original state.

The profile of Mr Yohane Armah Ashitey available to the Ghana News Agency indicates that he is a 43-year-old graduate of University of East London and is a Telecom Engineer with 17-years’ experience in corporate engineering specifically mobile and fixed networks.

The Nominee is also a former lecturer at Cavendish College, in the United Kingdom, is also graduate of the Kwame Nkrumah University of Science and Technology (KNUST) and Presbyterian Boys SHS-Legon.

With over a decade experience in frontline politics, he has served in several capacities in the Tema East Constituency of the New Patriotic Party (NPP) as Elections Coordinator, Technical Advisor, and patron of some committees of the party in the 2020 General Elections.

He was also as the chairman of the NPP’s youth wing campaign team for both the Presidential and Parliamentary election in 2020.

As part of his achievements, his is credited with improving network availability from 94 per cent to 99 per cent in his first year as the Regional Manager of Huawei for Volta and Eastern Regions.

He is said to have empowered a number of youths in Tema through his educational support programme, which provided scholarships for needy but brilliant students, as well as created jobs for some unemployed youth.