It was easier speaking under Mahama than Akufo-Addo – Dele Momodu 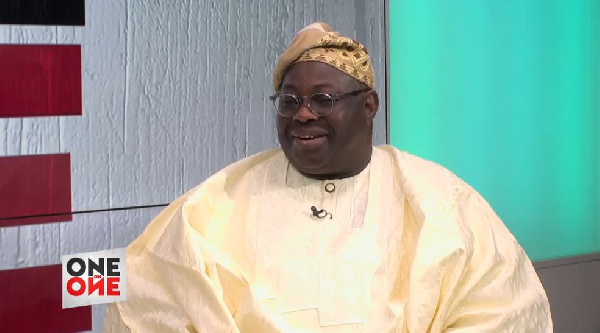 • He indicated that, it was easy speaking up under Mahama

• Currently, Chief Momodu claims, supporters of the govt will oppose any criticism of the government

Chief Dele Momodu has said it was very easy for people to speak up on certain issues during the tenure of former President John Dramani Mahama than now under President Nana Addo Dankwa Akufo-Addo.

According to the Nigerian business mogul, he is not afraid of being attacked online by supporters of the governing party and President Nana Akufo-Addo because he is capable of defending himself.

“Yes of course there is a culture of silence…for me it’s ok but as a foreigner – even though I don’t consider myself as such – I have learnt my lessons; I have learnt that if you are in Rome, please mind your business and blend with the Romans.

“Look, I have fantastic friends in Ghana and they are everlasting friends and I intend keeping that friendship forever. So, for me, I am not going out of my way to ruffle any feathers but I can tell you that maybe it was easier under Mahama to say certain things. Now people are much more vehemently opposed to anyone criticizing the government…” he told Bridget Otoo on the ‘One on One’ show, Monday, September 20.

He said, “In the past, when all had failed, academia was the last vanguard.

“We all remember the role that the Legon Observer played”, he said, adding: “Under the hallowed cloak of academic freedom, men and women of conscience could write and speak words that penetrated the halls of power.”

However, he noted: “It appears to me that in recent times in our fourth Republican dispensation, the courage to stand up for the truth and the determination to uphold the common good are lost. In our dark moments as a nation, it is concerning that the voices of the intellectuals are receding into oblivion.

“Sadly, it is a consequence of the deep partisan polarisation of our country such that everything is seen through the lenses of politics”, noting: “It appears to me that the culture of silence has returned. This time, not enforced by legal and military power but through convenience, parochialism, hypocrisy and lack of conviction.

“Where are our Adu Boahens and PV ANSAHs?” he asked.

But President Akufo-Addo while speaking at the University of Cape Coast after receiving an honorary doctorate degree (Doctor of Philosophy in Educational Leadership), said the media, in particular, has remained free under his watch including the protection of fundamental human rights.

“Since becoming president, there is nothing I have seen or experienced in the office that will make me change my long-held views on the importance of fundamental human rights. I have worked with civil society organisations and used their platforms to engage infamous arguments, healthy debates and I am not averse to the occasional controversy that is a necessary part of public life,” Akufo-Addo said.

“I have said so and I will say it again that I will much rather that we had a reckless press than a sparing one. I dare say that the atmosphere in our country is one of spirited conversation and debate among politicians, the business community, civil society organisations, and ordinary citizens through print, radio, television or in particular, social media, whether they are home or abroad. Indeed, I dare say that the means to get your voice heard has never been so democratised as now and long may it last,” he added.