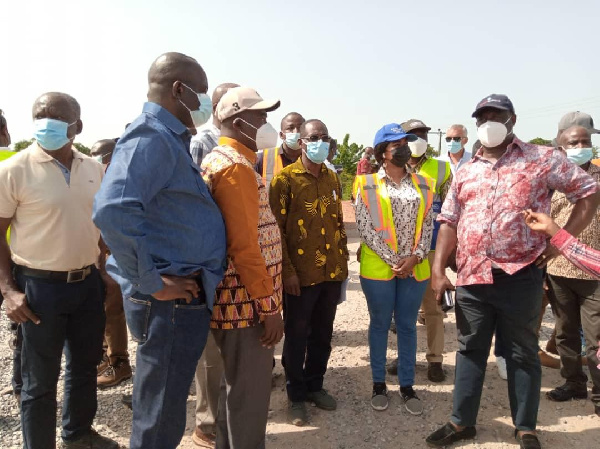 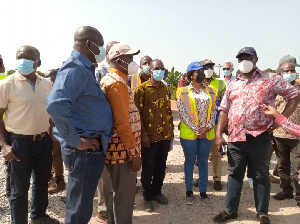 Kwesi Amoako-Atta, the Minister of Roads and Highways, has stated that government will soon weed out or blacklist all non-resourceful contractors in order to sanitize the construction sector and pave way for effective delivery of government road projects.

“In Ghana, the challenge is that everybody wants to be a contractor but most of them are not resourceful and government is taking steps to stop that from next week,” he emphasized.

Mr Amoako-Atta stated this whilst addressing the media in Wa after visiting seven out of the 11 districts of the Upper West Region to inspect work on the roads that were washed-off by floods following torrential rains that occurred on August 12, 2021, in the region.

He said per the law on contracts, contractors were supposed to be paid only when they have finished executing the contract apart from mobilization, but because of the non-resourceful situation of some of these contractors, they were not able to execute these contracts before payment.

And this according to the Minister, was affecting the plans of government to the people of the country and that government would therefore not allow this to continue.

Mr Amoako-Atta noted that it was true that government had some outstanding claims to pay to contractors and they were making frantic efforts to do so, pointing out that this was the more reason why contractors needed to be resourceful enough to be able to execute road projects whilst allowing government a little space to pay.

He said no government could boast of not having outstanding payments, noting that since President Akufo-Addo took over office in 2017, there were outstanding payments dating back to 2011, stressing that despite this, government was able to pay almost 12 billion Ghana cedis to contractors during the first term.

Mr Amoako-Atta disclosed that a total of 106 road projects were currently being executed in the Upper West Region across the three road agencies including the 50kms Han-Tumu Road, which arguably was the most deplorable major road in the region.

He said everything was being done to ensure that the roads were completed by end of 2022, adding that they were monitoring every contractor and any of them that was proving incapable of delivering would have his/her contract terminated without any hesitation.

He said government would, however, stand by contractors who exhibited capability by supporting them where necessary to enable them execute their contracts within schedule and to the benefit of the people of the country.

Mr Amoako-Atta noted that 2021 was another year of roads following the success of 2020, which was declared the year of roads by President Nana Akufo-Addo, thereby, urging contractors to support government by delivering quality and timely road contracts to the people of the country.

The Roads and Highways Minister expressed government’s gratitude to the four contractors who worked diligently to reconnect the washed-off roads in the Upper West Region, which restored normal socio-economic activities in the region.

He assured that all areas of roads that could be potentially washed-off would be re-engineered at the appropriate time to prevent any damage when floods hit again anytime in the future.