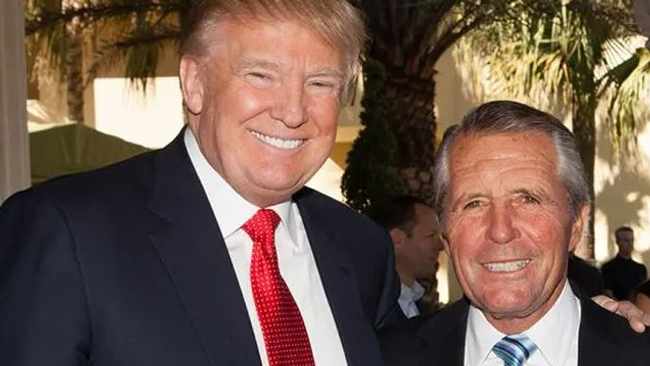 Being a ’’pretty thick guy’’, former US president Donald Trump did not want to build a golf course in Africa because he was too scared of lions, a new book claims.

Trump, who was surprised that lions couldn’t jump over high fences, revealed his fear of lions during a round of golf with South African legend Gary Player, a nine-time Major champion, according to revelations in Peril, a book authored by Bob Woodward, an associate editor at The Washington Post, and Robert Costa, which went on sale yesterday.

The conversation took place as Player tried to help Trump with his swing and told the then president to use more “control”, and said he should be “toning it down, swinging less extravagantly’’.

Trump is a keen golfer and began acquiring and constructing golf courses in 1999. By the time of his election as US president in 2016, he owned 17 golf courses.

Player then reportedly encouraged Trump to expand his golf and hotel empire to Africa. However, Trump was not impressed with the idea, the book claims.

“What happens, Gary, when two lions look out and say, ‘You know, that’s a pretty thick guy. I’d like to eat him. Let’s go eat him’,’’ Trump reportedly joked.

“You mean they can’t climb over a fence?” Trump asked according to the book.

“If you get in a Jeep, they won’t come into the Jeep,” Player explained.

“How do you know they won’t come into the Jeep?” Trump asked.

“I’m not betting my life on it,” added Player.

’’I implored my father not to accept the medal,’’ Marc said at the time, ’’but my pleas, particularly after Trump’s role in the horrific invasion of the US Congress Building, went unheeded.’’

In 2018, Trump referred to African nations as “s***hole countries” during a meeting with a bipartisan group of senators at the White House.

He reportedly made the comment in the Oval Office during a 2018 discussion about immigration and questioned why the US needed to accept people from Africa and countries such as Haiti.