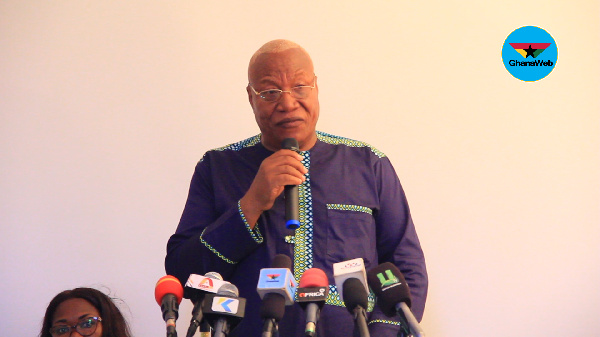 2020 National Campaign Manager of the opposition National Democratic Congress (NDC), Professor Joshua Alabi, has called on the Convention Peoples Party (CPP) to reposition itself and keep the government on its toes instead of criticizing the NDC.

He made the comment when he joined the CPP in commemoration of Kwame Nkrumah Memorial Day in Accra on Tuesday, 21 September 2021, on the theme “the relevance of Nkrumahism in addressing the socio-economic challenges of Ghana today”.

He said: “What I think we should do as CPP is to reposition because we want to get the youth. In getting the youth, we must be vocal out there [but] now very often; we hear when you’re talking both NDC and NPP, I think that is not repositioning, the purpose of an opposition party is to put the government of the day on its toes.”

“Somebody is in opposition, and you are criticizing him, it is not going to reposition you, no, let’s criticize them collectively, that is why for us in the NDC, even when they were trying to bring down the name of Nkrumah, we got up and we teamed up with you to fight, and we will continue to fight that because we know Nkrumah is the founder and father of the nation. Now, if we don’t talk and we allow them to go, we are all fighting for you to win election one day, and you also run affairs of government, if you don’t fight to correct things today when it gets to your turn, you’ve no country to run,” he stated.

The former first Vice-Chancellor of the University of Professional Studies further noted that although the NDC has enjoyed being criticized, “the focus should be on the government of the day”.