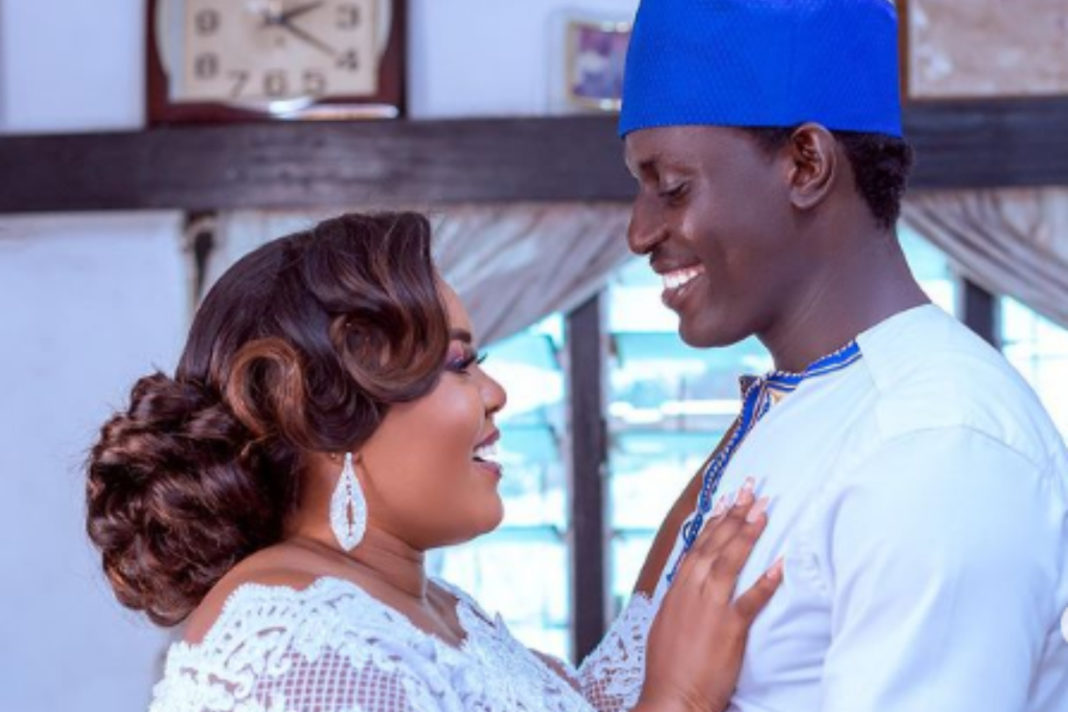 Popular Ghanaian Comedian and content creator, MJ The Comedian has recently tied the knot with his beautiful bride in a glamorous ceremony.

MJ The Comedian after developing a number of amusing skits has amassed a significant following and fans. ‘Abena’ is one of the most well-known. He was telling one Abena that she had declined her proposition, but that he was in his hometown and that she would see what happened.

Yesterday, the comedian was reported to have tied the knot with his elegant bride in a simple and beautiful wedding ceremony.

In the photos, he shared on the photo-sharing platform, the comedian was seen in a white and blue attire while his beautiful bride rocked a white gown as they prepare to embark on a lifetime journey together.

See the photos below:

In other news, Lynx Entertainment signee, Dennis Nana Dwamena, well known as Kidi has reached another milestone in his music career as his “Touch It” tune hit over 125 million views on the video-sharing platform, Tiktok.

TikTok videos of the song “Touch It” have been uploaded from all around the world, and they have all received a lot of attention. “Touch It” happens to be one of the tunes on his “Golden Boy” album that was released some months ago.

In reaction to the success, Kidi took to his Instagram and wrote; I used to pray for times like this.
I’m just too humbled by this man. I appreciate all the love from the whole world.
It’s crazy cos we’re only getting started. The whole world go hear about us     #TheGoldenBoyAlbum