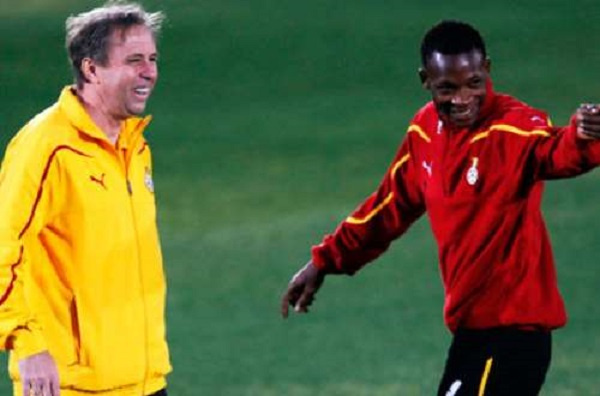 Former Ghana international, John Paintsil believes the timing is wrong for the appointment of Milovan Rajevac as Black Stars coach.

According to reports, the Youth and Sports Ministry and the Executive Council of the Ghana Football Association [GFA] have reached an agreement on the re-appointment of Rajevac.

He is expected to sign a two-year deal worth $45,000 per month and he will be assisted by Dortmund assistant coach Otto Addo and Masud Dramani.

“If it is true Milo is taking over the job then I will say the timing is wrong because how well does he know this current team,” Paintsil told Angel FM.

“Our time was different because all the players were already made and it will take only a miracle to help him qualify this team.”

The former West Ham and Fulham defender was a key member of coach Milovan Rajevac’s Black Stars squad in 2010 that reached the quarter-finals of the World Cup in South Africa.