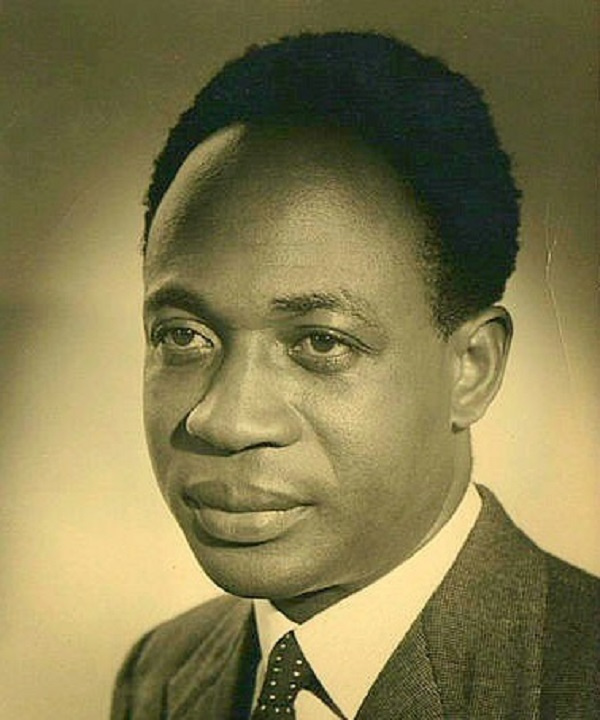 This story was first published on GhanaWeb on July 10, 2021

• Dr. Nkrumah’s remains arrived in his hometown at Nkroful on July 9, 1972

• He was first buried in Conakry, Guinea where he was in exile for six years

On July 9, 1972, Ghana’s first prime minister and president, Dr. Kwame Nkrumah was buried at his hometown at Nkroful in the Western Region.

Nkrumah passed away on April 27, 1972 while in exile in the town of Bucharest, Romania, and far away from his own people following a military coup d’état was orchestrated to oust him after ruling Ghana for nearly 13 years.

The events had forced Nkrumah to first flee to Conakry, Guinea where he spent six years and lived a much-isolated life until his demise in Romania.

In what would be his second burial of three conducted for the late statesman, Dr Kwame Nkrumah’s remains were airlifted by a Ghana Airforce helicopter with mourners and journalists waiting to catch a glimpse of him and pay their final respects.

A footage of the event in possession of GhanaWeb captures the spouse of Dr Nkrumah, Fathia Nkrumah, who arrived with his casket from the helicopter. She was clad in black funeral attire and sunglasses to mourn her late husband.

Some notable occurrences from the video captured the pouring of libation and slaughtering of a sheep as part of the Ghanaian traditional custom to mark the beginning or end of one’s life.

A military procession then carried Dr. Nkrumah’s mortal remains, covered with the Ghanaian flag which was placed on a special military carriage and taken through the streets to the burial grounds at his hometown.

The Military Head of State at the time of Nkrumah’s death, Colonel Ignatius Acheampong, after the first burial subsequently made arrangements for Dr. Nkrumah to be reburied in Ghana.

The long-standing battle over his remains which resulted in three separate burials for Nkrumah was facilitated by the state and his family who maintained their beloved son be given a befitting burial in his hometown.

But the family’s wishes were granted and the burial ceremony took place at Nkroful.

Meanwhile, Flight Lt. Jerry John Rawlings who ascended to power after an overthrow of the Supreme Military Council government of Col. General Acheampong decided to give Ghana’s first president a befitting and third burial with full military honours at the Kwame Nkrumah Mausoleum.