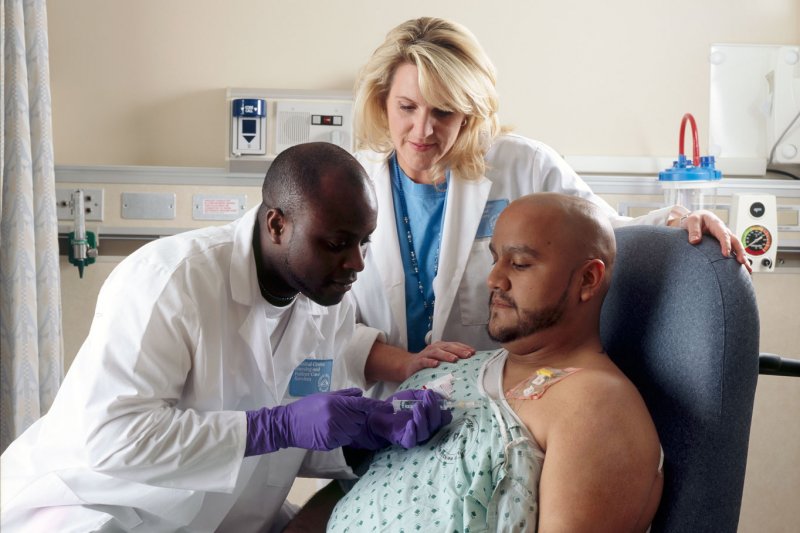 Sept. 21 (UPI) — Hispanic people in the United States are up to 30% less likely to develop cancer and die from the disease compared with White people, according to an analysis published Tuesday by CA: A Cancer Journal for Clinicians.

However, Hispanic people still have a two-fold higher risk than White people for being afflicted by potentially preventable, infection-related cancers, including liver and stomach cancers, the data showed.

In addition, Hispanic women are more than 30% more likely to suffer from cervical cancer, which is almost completely preventable through screening and vaccination, compared to White women.

The risk for cervical cancer is 78% higher for Hispanic women in Puerto Rico compared to White women nationally.

Much of the high burden of cancer in the Hispanic population could be reduced by increasing access to high-quality prevention, early detection and treatment services, the researchers said.

“Addressing this critical gap … is going to be essential for mitigating the predicted growth in the cancer burden,” study co-author Kimberly Miller, a scientist at the American Cancer Society, said in a press release.

At least part of this reduced access to key screening and treatment services is due to shortfalls in health insurance coverage among Hispanic people, research suggests.

The society publishes its report on the risk for cancer among Hispanic people every three years.

The Hispanic/Latino population is the second-largest racial or ethnic group in the United States, accounting for 19% of the total population, or more than 62 million people, in 2020, based on census figures.

However, it also has the highest percentage of people without health insurance of any major racial or ethnic group — nearly triple that of White people, at 26% versus 9%, among adults ages 18 to 64 years, a recent study found.

In Puerto Rico, nearly one-half of the 3 million Hispanic people living there receive health insurance through Medicaid, according to a report by the Kaiser Family Foundation.

Medicaid, the federal government-run program for low-income individuals and families, is substantially underfunded in the territory, Miller and her colleagues said.

In addition, variations in cancer risk between Hispanic people and White people, as well as within the Hispanic community, are driven by differences in exposure to cancer-causing infectious agents and behavioral risk factors, the researchers said.

For example, the prevalence of cigarette smoking in 2019 was 16% among White people compared to 9% among Hispanic people residing in the continental United States, a recent analysis found.

However, within the Hispanic population, smoking prevalence ranged from 6% among those with roots in Central or South America to 17% among those from Puerto Rico who now live in the continental United States.

Cancer still is the leading cause of death among Hispanic people, reflecting the younger age of the population.

An estimated 46,500 cancer deaths will occur among Hispanic individuals in the continental United States and Hawaii in 2021, the researchers said.

The most common causes of cancer death among Hispanic men are lung cancer, at 13% of diagnoses, and colorectal cancer and liver cancer, each at 11%.

Among Hispanic women, the most common cancers are breast cancer, at 14% of diagnoses, and lung cancer, at 10%.

Fewer than half of Hispanic people age 45 and older were up-to-date with colorectal screening — colonoscopy and sigmoidoscopy — in 2018 compared with 58% of White people, with a lower percentage even among those who were uninsured, according to a recent study.

“More research is needed to assess not only the impact of the COVID-19 pandemic on the utilization of cancer care, but also the impact on cancer incidence and mortality trends as COVID-19 has disproportionately affected minority populations in the U.S.,” Miller said.