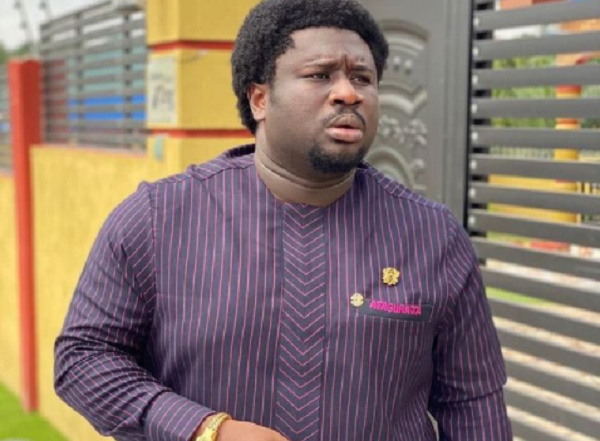 • Prophet Ajagurajah is known for his controversial teachings and doctrines

Founder of the Ajagurajah Movement, Bishop Kwabena Asiamah, has advised women not to willingly take off their panties during intimacy with their partners.

He said it is a man’s duty to remove women’s panties during sex adding that there are consequences that come with any woman who flouts this directive.

According to Ajagurajah, if a woman takes off her underwear during sexual intercourse, it takes away their glory.

He also described the act as ‘abominable’.

“As a lady, if you want to prosper in life and you want your man to take proper care of you, never take off your own panties during sexual intercourse, let the man take it off for you. Every woman’s vagina is a shrine and it must be adored. That is why some men even kneel before women during sex. The minute you take off your own panties, you have sold your glory to the man. In that case, he maltreats you after sex. In most cases he even dumps you,” he stated.

It is no secret that the ‘chop bar’ pastor is widely known for his controversial doctrines and teachings.

Prophet Ajagurajah has been noted for his controversial teachings and doctrines in recent times. The man of God who has publicly expressed his disbelief in Christianity has been shrouded with so much controversy especially with his views about the bible.