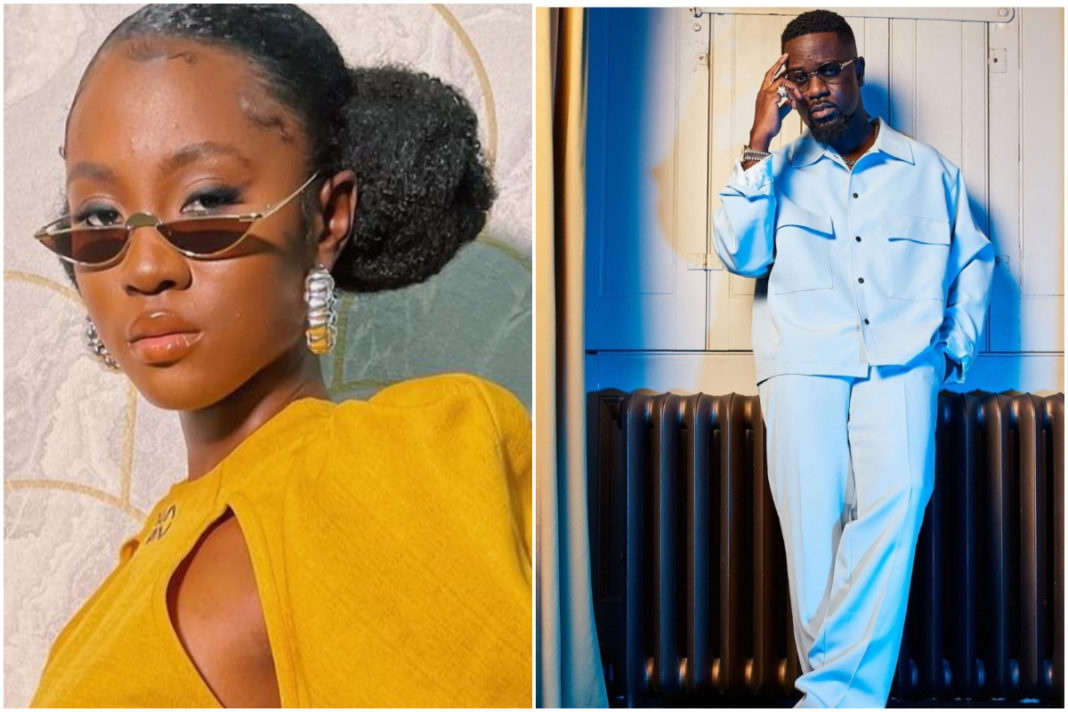 Ga songs proponent and one of the most vibrant members of the New School, Cina Soul has shared one of her most embarrassing moments and it has rapper Sarkodie’s name written over it.

Cina Soul said she smeared Sarkodie’s probably designer shirt with her makeup when she gave him a hug during a concert they were both billed to headline. She said that encounter with the SarkCess boss who is undoubtedly regarded as Africa’s best rapper left her embarrassed greatly.

She made this known in a recent interview on Accra-based Max Television.

The singer narrated how it happened saying, ‘I will never forget this in my entire life, so I went to a show and on that show, I was performing with Sarkodie so right after I finished mine, he was going on stage to do his. And when I met him I hugged him, but, here is the thing, he was wearing a white shirt and I put make-up all over the shirt. So embarrassing, I will never forget that moment.”

The singer recently vehemently justified the explicit materials contained in some music videos and has urged critics to shut up and let them continue expressing themselves artistically by showing more skin in their music videos.

The object of KiDi’s affection dropped this controversial perspective on the entertainment talk show ‘JukeBox’ hosted by Nana Adwoa Annan on Atinka TV. Cina Soul made this submission while answering a question on whether it’s good to go nude in music videos.

“Our visual is one way of experimenting with different characters; one minute I am a character in this video and in the other video I will like to wear this and the other I may want to cover up it… depends on the visuals.

“I’m a pro-choice person. There is nothing wrong with people going nude in their music videos…People once walked naked, our ancestors used to tie their clothes around their bodies and walk around …there is no difference, “Cina Soul told Nana Adwoa Annan.