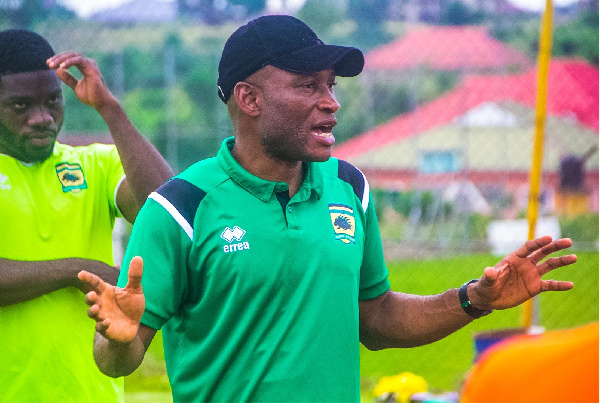 The former WAFA tactician was at the club’s training ground in Adako Jachie on Monday to officially begin his duty, a day after his appointment was official.

Ogum was warmly welcomed by the players and management members who were present for the club’s first pre-season training.

“The Sports Psychologist, Educationist and Coach joins us on a 2-year deal from WAFA, having previously handled UCC Soccer Team, Elmina Sharks, Dwarfs and Karela Utd.”

Ogum replaces Portuguese trainer Mariano Baretto who lasted as head coach for just six months after a fractious split with management at the end of the season.

The lecturer at the University of Cape Coast led WAFA to a third place finish in the just ended Ghana Premier League.