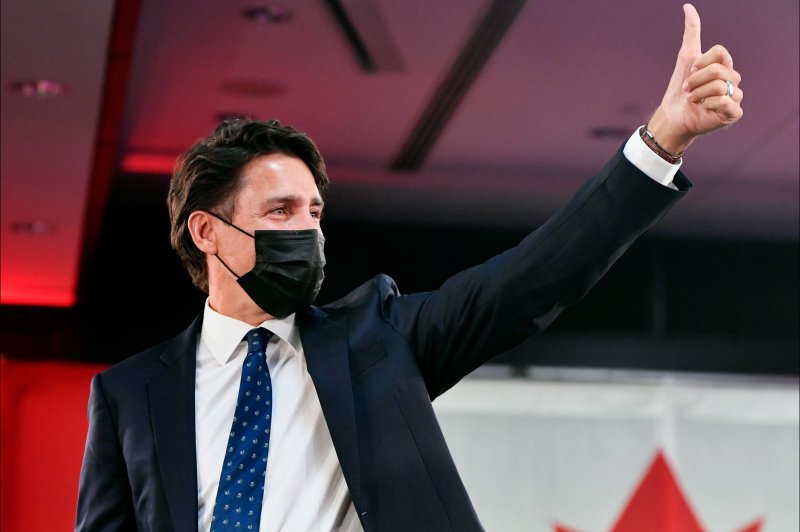 Sept. 21 (UPI) — Canadian Prime Minister Justin Trudeau won a bittersweet victory in the nation’s parliamentary elections on Monday night — earning enough votes to remain in office but falling well short of the majority that he and his Liberal Party were hoping for.

Trudeau and allies campaigned heavily over the last few weeks with the hope they could persuade enough Canadians to give the Liberal Party the 170 seats needed for a majority in the House of Commons — a majority that would have given them a significant advantage in pursuing their top political priorities.

By early Tuesday, Trudeau’s party won or was leading in 158 races, 12 shy of securing a majority. That figure represents a gain of three seats for the party.

The Conservative Party, led by Erin O’Toole, won or was leading in 119 seats. Winning the next-largest shares of seats in the house were the Bloq Qebecois Party (34), the New Democrats (25) and the Green Party (2).

Without a majority in the House of Commons, any laws passed by Trudeau and his party must also now have at least some support from members of another party.

Trudeau ordered the election last month, even though the next federal elections weren’t scheduled until 2023. He said at the time that he wanted the voters to send a clear message about who they want to lead Canada out of the coronavirus pandemic, and how they do it.

Early on Tuesday, Trudeau thanked voters for participating and said the elections showed a “clear mandate” to drive Canada out of the pandemic and “to brighter days ahead.”

“I hear you when you say you just want to get back to the things you love and not worry about this pandemic or about an election,” he said, according to the CBC.

James Bond Actor, Daniel Craig Explains Why He Prefers Going To Gay Bars Despite Being Straight » ™

‘My haters will soon become my fans’