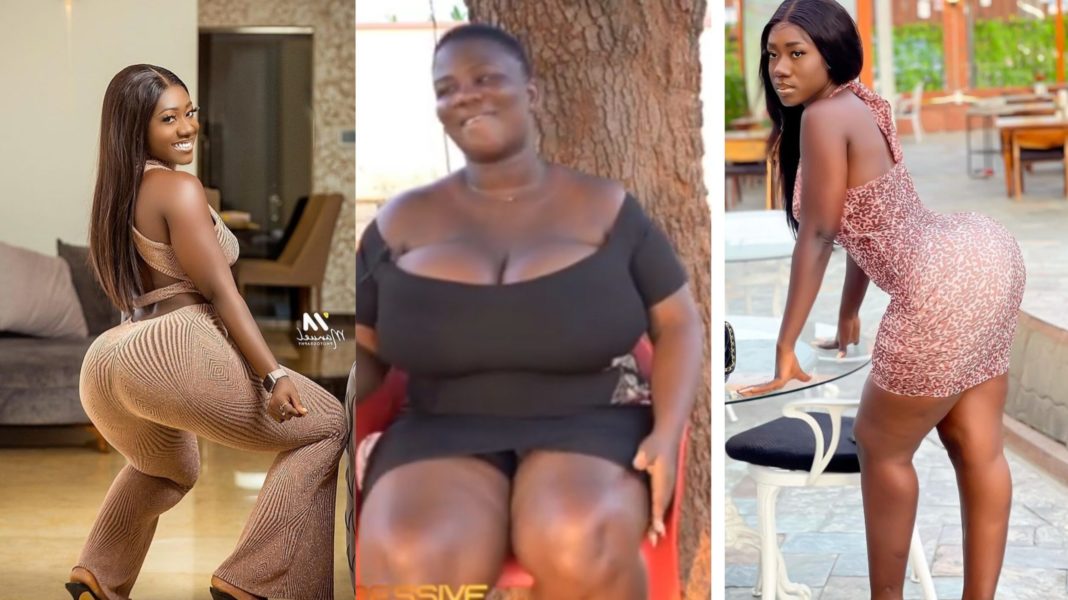 Self-acclaimed kumawood actress, Agyiewaa Kodie has stated emphatically that ladies with big mlons have succeeded in overthrowing those with big bortos.

Speaking to Kwaku Manu in a recent interview on KM TV, Adjeiwaa disclosed that ever since she started “packaging” her melons, she has been getting a lot of favours and free money from men.

Ever since she came into the limelight with her big bortos,  Hajia Bintu has successfully won over social media, bagged some ambassadorial deals and also feature in the songs of top artists in Ghana.  Even though Hajia Bintu claims her huge backside has nothing to do with her success stories, it’s quite clear that it’s the first thing people notice about her.