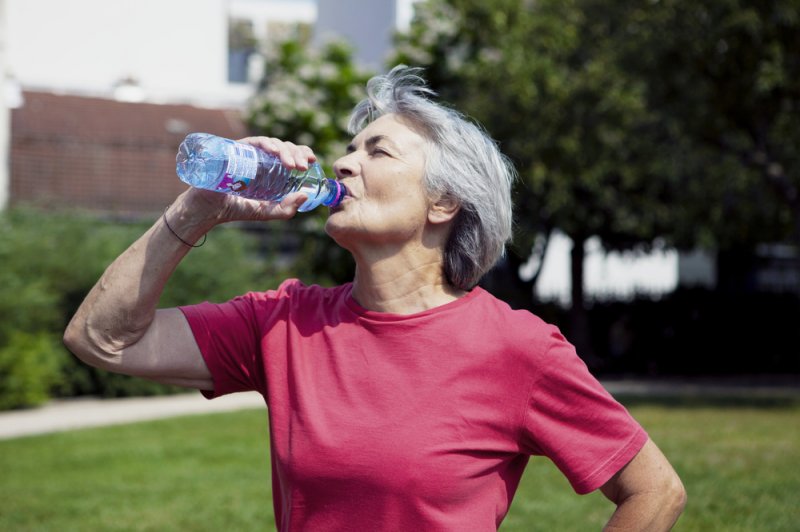 Sept. 20 (UPI) — Physical activity, though generally beneficial for the heart, may in some cases increase a person’s risk for heart disease, a study published Monday by the journal Heart found.

This is because exercise can cause calcium deposits, called plaque, to build up more quickly in the coronary arteries, the researchers said.

Study participants who exercised regularly had larger calcium deposits in their coronary arteries, the data showed.

However, even in those with this increased plaque accumulation, regular physical activity’s ability to help people maintain a healthy weight and strengthen the heart and lungs outweighs any potential risks, according to the researchers.

“Physical activity is a key component of a healthy lifestyle, but those who start exercising may have an increase in their coronary calcium levels,” study co-author Dr. Eliseo Guallar told UPI in an email.

“However, this is not necessarily bad news because it may mean that atherosclerotic lesions in the coronary arteries are becoming more stable and less dangerous,” said Guallar, a professor of epidemiology and medicine at the Johns Hopkins Bloomberg School of Public Health in Baltimore.

Atherosclerotic lesions are areas in the coronary arteries where calcium deposits have begun to form, according to Guallar.

At least in animal studies, less stable, or dense, lesions appear to be more likely to rupture and cause arteries to harden, a condition called arteriosclerosis, which often is a precursor to a heart attack or stroke.

The coronary artery calcium, or CAC, score is used to gauge a person’s risk for a heart attack or stroke, according to the University of Maryland Medical System.

Drugs called statins are prescribed to most people who have a CAC score of 100 or above, as these medications can prevent the formation of calcium deposits, the system says.

However, many endurance athletes, such as marathon runners, register higher CAC scores, despite being at low risk for arteriosclerosis, research suggests.

For this study, Guallar and his colleagues analyzed coronary artery calcium in more than 25,000 healthy adults age 30 and older who underwent regular comprehensive check-ups at two major health centers in Seoul and Suwon, South Korea, between March 2011 and December 2017.

At each check-up, study participants filled out a questionnaire, which included questions on medical and family health history as well as lifestyle habits, and weight, blood pressure and blood fats levels were also assessed, the researchers said.

At the first check-up, participants’ level of physical activity was categorized as either inactive, moderately active or “health-enhancing,” or intensely physically active, based on responses to the questionnaire.

Magnetic resonance imaging, or MRI, and positron emission tomography, or PET, scans were used to track the development and progression of coronary artery calcification, which was then scored over an average period of three years.

Among the study participants, 47% were inactive, 38% were moderately active and 15% were intensely physically active, and the three groups had average CAC scores of 9.5, 10.2 and 12 at the start of the study.

They also had lower total cholesterol, higher blood pressure and existing evidence of calcium deposits in their coronary arteries.

In addition, those who were moderately and intensely active saw average increases in CAC scores over a five-year period of 3 to 8, the data showed.

Physical activity may increase the narrowing of coronary arteries due to rises in blood pressure, among other factors, the researchers said.

“Exercise may be associated with an increase in the levels of coronary calcium, a widely used marker of heart attack risk,” Guallar said.

“However, this change does not necessarily reflect a higher risk of bad outcomes,” he said.