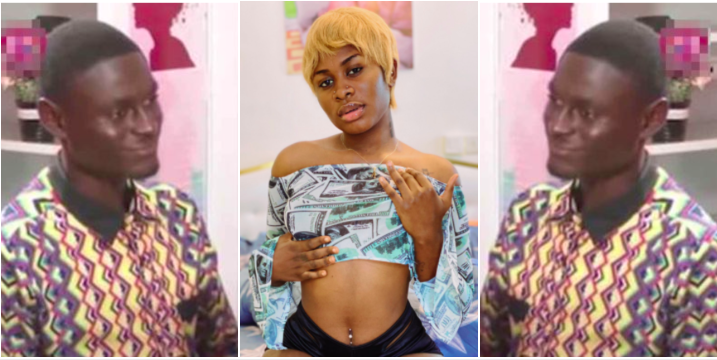 Critical thinking Ghanaians have wondered why the once cool kid in the person of Yaa Jackson has now turned into a social media freak dropping wild and revealing videos of herself.

And now, Jackson K. Nyame ‘Sherf’ who is a Brother of Yaa Jackson in an interview has revealed some deep secrets about his sister especially with her relationship with God.

In the interview, he made it emphatic that Yaa Jackson’s soul is not with God thus it has been tied to the devil hence her social media craziness.

Jackson Nyame mentioned that though her sister is far from God, he shares the word of God with her. The one-time movie actor told the host that although Yaa Konadu Jackson’s soul is not with God, she wants to repent.

Among many things, Nyame explained that Yaa Jackosn wants to repent after a dream she had, which according to the brother’s statement was scariest of all.