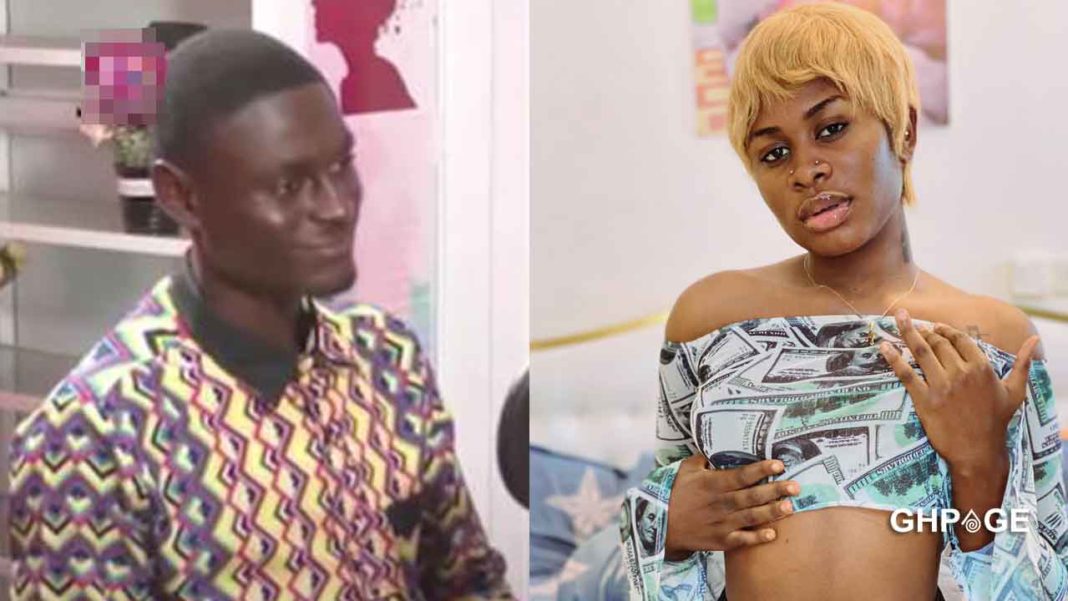 The sudden change in the character of Yaa Jackson has raised eyebrows. People have wondered why the once cool kid has now turned into a social media freak dropping wild and revealing videos of herself.

Her introduction to the music scene was so sudden. Unlike other female youngster musicians, Yaa Jackson joined the league of musicians with a negative trend and since has held on to it.

To some of us who knew her at a very young age get saddened by her antics display and the kind of music she does. Well, it seems the answer we all have been looking for is here and it’s coming from her blood brother.

The brother of Yaa Jackson aka Kumerica ‘Cardi B’ known as Jackson K. Nyame ‘Sherf’ in an interview has revealed some deep secrets about his sister, her music career and her relationship with God.

He revealed that Yaa Jackson’s soul is not with God thus it has been tied to the devil hence her social media craziness. Jackson Nyame mentioned that though her sister is far from God he shares the word of God with her.

Adding that Yaa Jackson does also shares with him scary dreams of which he interprets to her. The one-time movie actor told the host that although Yaa Konadu Jackson’s soul is not with God, she wants to repent.

Among many things, Nyame explained that Yaa got a change of heart to now return to God and repent after a dream she had, which according to the brother’s statement was scariest of all.

Watch the video below; Nyame gave a full detail of the dream his sister had that made her have a heart to now repent; she said many things in there.

Jackson Nyame aka Sherf is the (3rd born) last born of one of Kumawood’s popular Movie Director’s, Jackson K Bentum. Now a man of God, Sherf was a once dancer and movie actor.