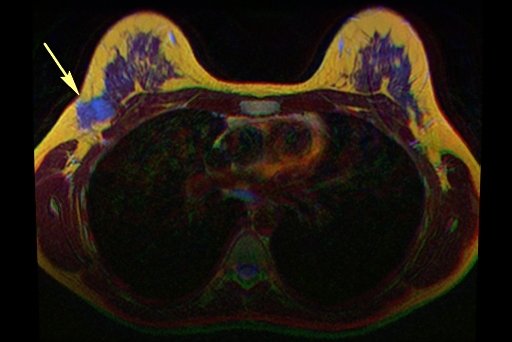 Sept. 20 (UPI) — A new anti-hormonal treatment may slow tumor growth and spread in women with a common form of breast cancer, a study presented Monday during the European Society for Medical Oncology Congress found.

Women with the common type of breast cancer — estrogen receptor-positive and human epidermal growth factor receptor-2-negative, or ER-positive and HER2-negative — in its early stages treated with the drug giredestrant for two weeks had lower levels of a protein called Ki67 than those given pills designed to reduce estrogen, the data showed.

The protein Ki67 is produced when breast cancer cells divide, which they must do to grow and spread.

Patients treated with giredestrant for two weeks saw a more than an 80% drop in their tumor’s Ki67, according to the researchers.

Those treated with the estrogen-lowering drug anastrozole had a 67% reduction in the protein, they said.

“Our results provide an early indication that giredestrant may reduce cancer cell division to a greater extent than our standard of care treatment,” study co-author Dr. Sara Hurvitz said in a press release

“And we know from other studies that when a tumor drops its Ki67 after two weeks of anti-hormonal therapy, the patient has a lower chance of disease recurrence long-term,” said Hurvitz, director of the Breast Cancer Clinical Research Program at the UCLA Jonsson Comprehensive Cancer Center in California.

More than two-thirds of breast cancers diagnosed in the United States are estrogen-receptor positive, according to the American Cancer Society.

Nearly 200,000 women nationally are diagnosed with this subtype annually and up to half of them will develop tumors that are resistant to currently available therapies, the society estimates.

Giredestrant is part of a new class of hormone therapies called selective estrogen receptor degraders, or down-regulators, that are taken in pill form instead of by injection, which is how most currently used drugs are delivered.

The medications are designed to slow the production of cells that draw the hormone estrogen to breast tumors, causing them to grow, and they may help women who have breast cancer that has metastasized, or spread, and become resistant to other treatments, earlier studies indicate.

For this research, Hurvitz and her colleagues compared giredestrant to anastrozole in 191 post-menopausal women with untreated, ER-positive and HER2-negative early breast cancer.

After two weeks, all participants received another anti-cancer treatment in combination with one of the two drugs for two weeks before surgery.

Biopsies of tumor samples collected from the study participants revealed that those treated with giredestrant had bigger reductions in the protein Ki67 than those given anastrozole, the researchers reported.