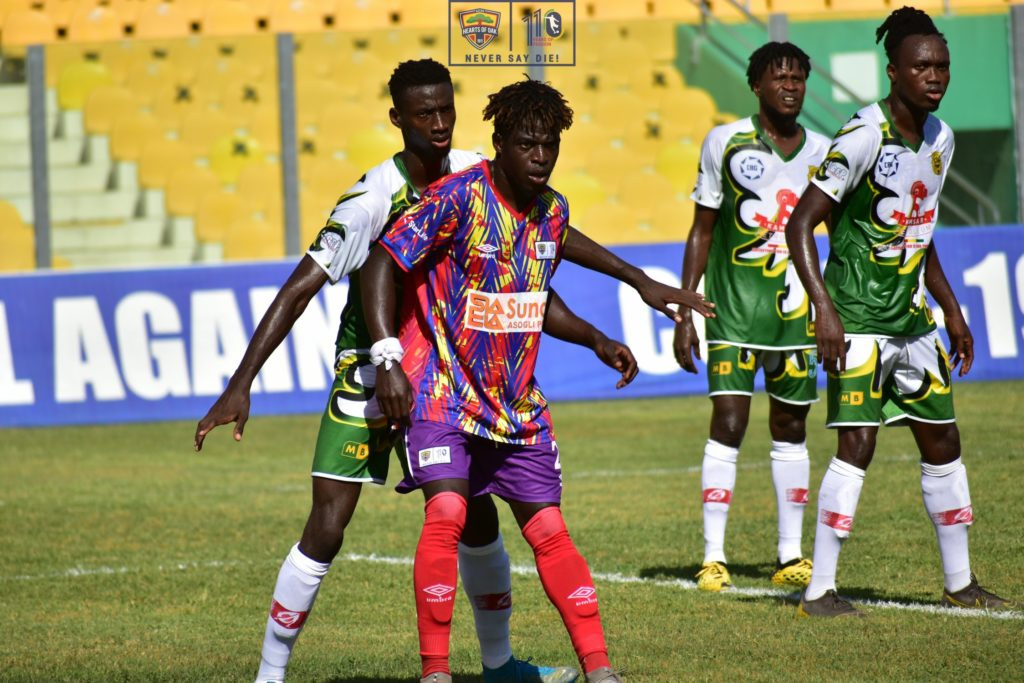 Hearts beat the guests at the Accra Sports stadium

Accra Hearts of Oak are through to the next stage of the CFA Champions League after an impressive second-half performance saw them beat Guinean side CI Kamsar behind closed doors.

Kamsar’s defensive approach worked in the first half as they limited Hearts of Oak fewer opportunities despite the Ghanaian side dominating possession at the Accra Sports Stadium.

It continued until the last 15 minutes when Samuel Boadu tweaked his tactics and introduced fresh legs for the Phobians. Substitutes Kofi Kordzi and Salim Adams scored the goals that gave Hearts a 2-0 victory.

Kordzi who rejoined the club last month after a failed stint in Qatar netted the opener with a delightful free-kick which completely beat Kamsar goalkeeper.

Hearts doubled their lead through another new acquisition Salim Adams whose ferocious strike from the edge of the box went straight into the net.

The win means Hearts will face off with Moroccan giants Wydad Casablanca in the first round of the continent’s elite club competition.

Due to political unrest in Guinea, Hearts and CI Kamsar was rescheduled to a one-off decider and the Phobians made no mistake playing at home.

However, a two-legged tie is expected in the next round against Wydad.