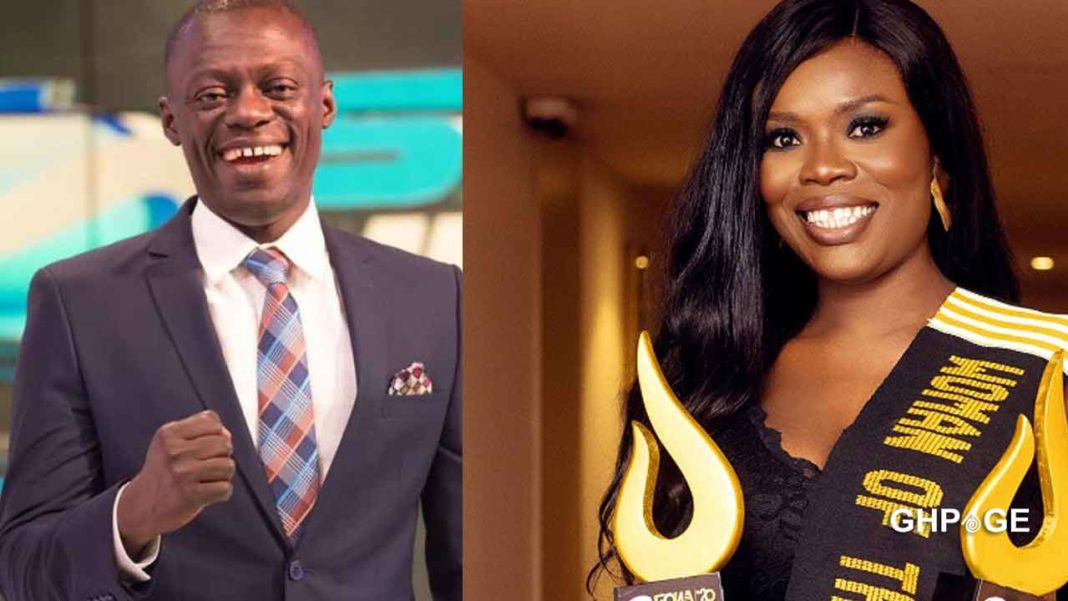 One person who has stood tall in the broadcast journalism terrain in Ghana and has become a force to reckon with is Deloris Frimpong Manso aka Delay.

The astute media personality has paid her dues in the industry. At the tender age of 17 years, Delay started working as a radio presenter.

Delay stood the test of time and acclimatized to the trends and now her TV show ‘The Delay Show’ is one of the best and most-watched shows on both TV and Youtube.

It is in this light that sports journalist Michael Oti Adje, another proficient broadcaster has eulogized the ‘Queen of Kings’ in the media Delay.

In a post on Twitter, Michael Oti Adje asked that how Delay gets the most out of her must be taught in journalism schools and newsrooms.

He believes the female presenter has a quality that is distinct from the normal journalist when she’s in her element interviewing a guest(s) on her show.

Arguably, the 37-year-old TV presenter, on her show can set the trend by asking certain questions that most of the time put her guest in a tight corner whilst at the same time getting them to open up on sensitive issues making her the best.

Micheal wrote on Twitter; “How Delay gets the most out of her interviews is something that should be taught in journalism schools and newsrooms,”

A Lil bit of background information about Delay

Delay started her broadcasting career as a Presenter with Life FM in Nkawkaw in the Eastern Region of Ghana at the age of 17 in 1999.

Delay later moved to Top Radio in 2005 in the capital, Accra where she worked until 2007 taking over the mid-morning show on that station.

She was later hired by the newly established Oman FM in 2007, she stayed here until 2016.

Whilst she was working with Oman FM, Delay started her television program, the Delay Show in 2008 on TV3.