Caf CL: We are aiming to win the trophy – Hearts of Oak captain 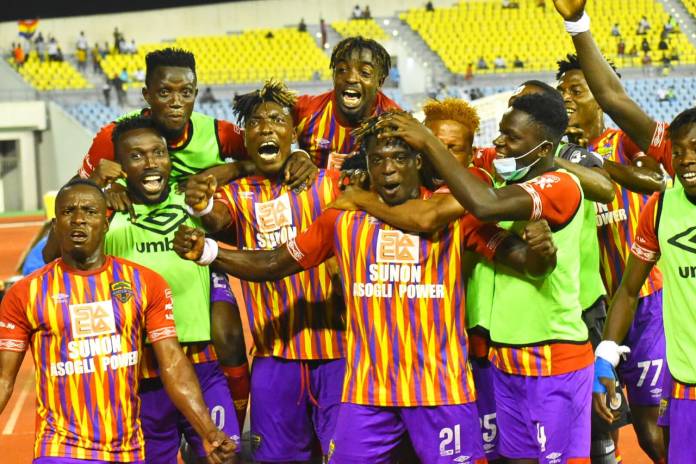 Hearts of Oak captain, Fatawu Mohammed, has revealed that they are aiming to win the Caf Champions League title.

The Ghana Premier League champions kicked off their Africa campaign with a 2-0 win over Guinean side, CL Kamsar on Sunday at the Accra Sports Stadium in the preliminary round of the competition.

The Phobians will now face Moroccan side Wydad Athletic Club in their second round of games.

According to Fatawu, they will take it game by game and stressed that their aim is to win the trophy.

“Some of us are playing in Africa for the first time but we are determined to leave a mark,” he told Asempa FM.

“We will continue to improve and make sure we improve on our results. We played a good game against CL Kamsar and we hope to get better as we go along.

“The objective is to win the trophy as a team but we will take it game by game.

“We are playing Wydad next and that is our focus but the objective remains the same,” he added.

Kofo Kordzi and Salim Adams’ late goals were enough for the Phobians to progress to the next round of the competition.

The first game has been scheduled to come on at the Accra Sports Stadium on October 22 before facing The Red Castle at the Stade Mohammed V in the return fixture.

Hearts of Oak are one-time Champions League winners. Hearts of Oak defeated ES Tunis of Tunisia in the final to win their first title.

They won the trophy in 2000 under the guidance of Cecil Jones Attuquayefio.

Not all persons at the meeting were charged

‘Okada Must Be Restricted To Certain Roads – Gayheart