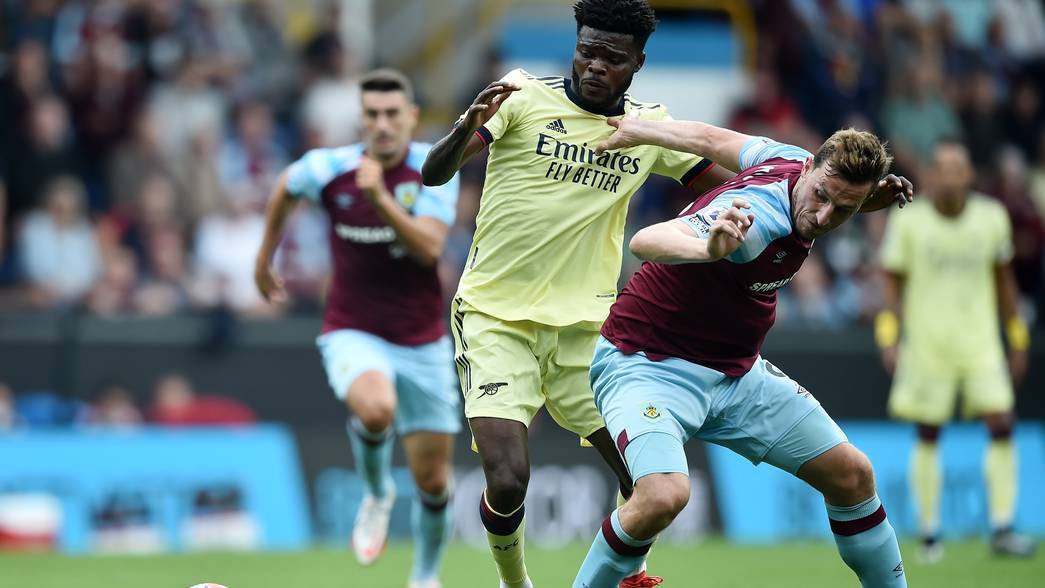 Arsenal manager Mikel Arteta has revealed the role he has asked midfielder Thomas Partey to play after returning from injury.

The Ghana international was influential throughout on his return to the starting line-up as the Gunners registered their second win in the Premier League this season after downing Burnley 1-0 at Turf Moor on Saturday.

It was midfielder Martin Odegaard who scored the lone goal from a well-curled free-kick to hand Arteta and Arsenal a second straight win, coming after they had beaten Norwich City 1-0 at the Emirates Stadium last week.

Partey, who has struggled with injury since joining the Gunners from Atletico Madrid, played for 75 minutes before paving way for Ainsley Maitland-Niles, but coach Arteta was impressed with his overall display and further elaborated on the role he’s asking him to play in the midfield.

“He’s really important because he is the anchor,” Arteta told the club’s official website. “He is the one that needs to read what is happening and make the rest better.

The 28-year-old Black Star had missed the opening three matches for the Gunners and also sat out the 6-0 Carabao Cup win over West Bromwich Albion.

Partey was suffering from an ankle injury picked up during pre-season friendly against Chelsea but Arteta is happy with how he managed to fit into the squad on his return.

“How he managed the transitions was top, he has the pressing and the charisma, and then he struggled at the end. He could not finish the game because he was cramping. But that will come up,” Arteta continued.

“He missed a long time but now he’s back again and he needs some more fitness back.”

On the win against Burnley Arteta said: “It was a hard-fought win like it should be when you play Burnley away. I think we started the game really well. We played some fantastic passes and you could see a lot of the things that we want.”

Partey will hope to keep his place when Arsenal face AFC Wimbledon in the EFL Cup on Wednesday before they host North London rivals Tottenham Hotspur in the Premier League on September 26.

There’s no 8 to be broken – Lord Commey