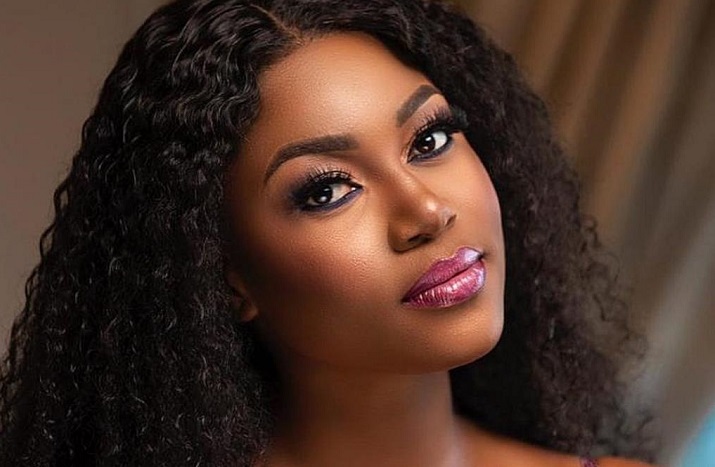 Yvonne Nelson’s almost flawless beauty punctuated her new photo and her colleagues in the movie industry took notice of it instantly for which reason they came through with beautiful words that obviously left our sister blushing all over.

Wearing a simple nightie that accentuated her legendary long legs and corresponding succulent thighs, the Ghanaian actress and mother of one looked like a whole meal- as rightly pointed out by Achipalago.

Other stars like Beverly Afaglo, Nikki Samonas, Prince David Osei, and other mainstream celebs from Ghana and Nigeria gushed over her new self and it’s so refreshing. See the photo below and check out the reactions in the comment section.

In other stories, versatile Nollywood actress Mercy Johnson and her husband celebrated their 10th wedding anniversary on August 27, having become husband and wife on the same day in 2011.

The actress who has since been blessed with four beautiful children (three girls and one boy) stunned in a flurry of family photos she shot with her husband and kids which seized vast attention on the internet.

Beyond that, a photo of Ghanaian actress Yvonne Nelson was also thrown into the mix to remind those who have no idea that she was actually the bridesmaid of the Nigerian superstar. Yvonne Nelson had told reporters back then that she wasn’t surprised she was chosen to be Mercy’s bridesmaid because they both had a long-standing relationship as friends.

However, the invitation, she said, came to her as prank since she thought it was one of their usual jokes. “I was once a bridesmaid for my sister’s wedding. This is my second time. I have known about Mercy’s wedding like four months before the wedding. Read more here…