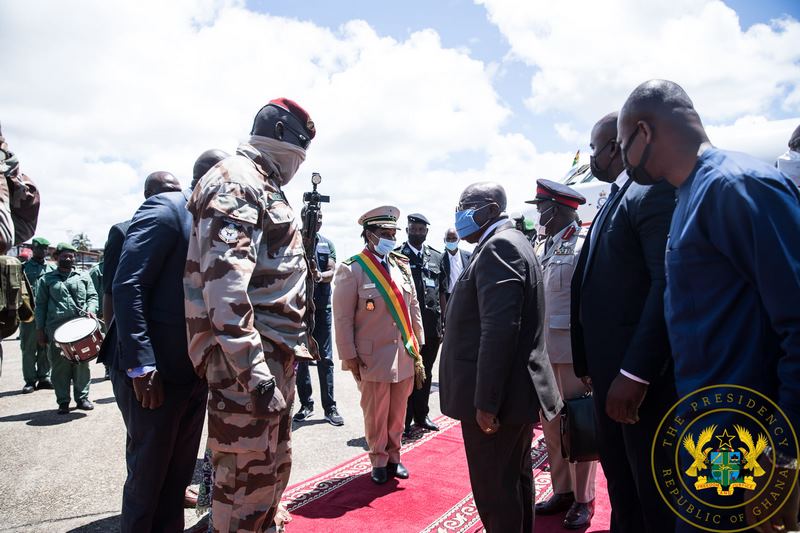 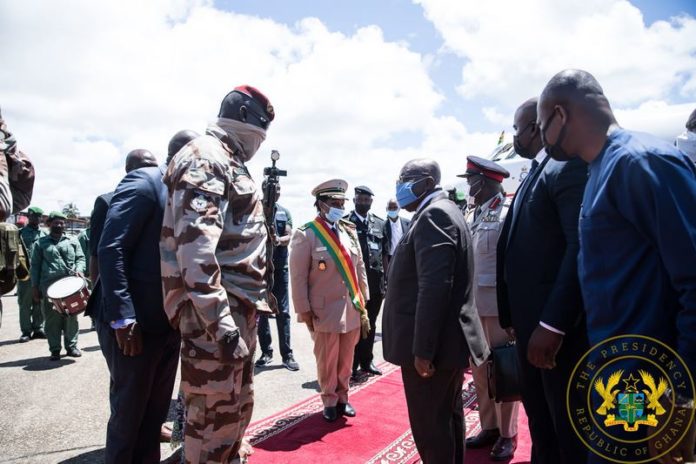 President Nana Addo Dankwa Akufo-Addo was in Guinea to hold talks with the military junta that recently toppled the government of the country’s president, Alpha Conde.

President Akufo-Addo, in his capacity as Chairperson of ECOWAS, was in Guinea with the President of Cote d’Ivoire, Alassane Ouattara.

The delegation was in Guinea to deliberate with leaders of the September 5, 2021, coup, on issues bordering around the fate of President Conde who has been under arrest since his overthrow.

“I am currently in Conakry, capital of Guinea, in my capacity as Chairperson of the Authority of Heads of State of ECOWAS, together with the President of the Republic of Côte d’Ivoire, His Excellency Alassane Ouattara, to hold talks with the military leadership in Guinea, led by Colonel Mamadi Doumbouya, centering largely on the fate of President Alpha Condé, amongst others,” President Akufo-Addo shared in a Facebook post following his arrival in Guinea.

ECOWAS on Thursday imposed sanctions, including a freeze in financial assets and travel bans, on the military junta in Guinea.