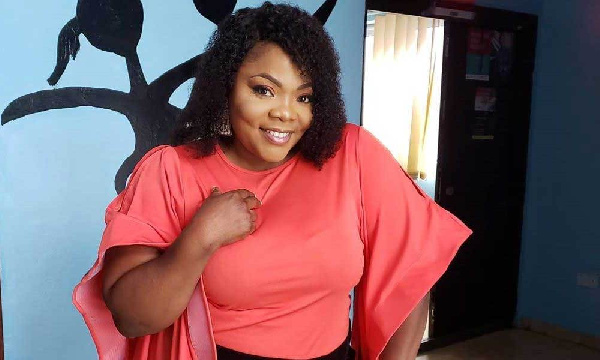 Ghanaian Gospel sensation Celestine Donkor has given the circumstances under which she got featured in the song of colleague Gospel Musician Reverend Prince Nyarko.

Rev Prince Nyarko with his tune titled, ‘Hena Ne Wadamfo Pa’ featured Celestine Donkor who did some ewe lines that shot the popularity of the sing across the borders of the country.

According to her, getting featured in songs of colleagues also brought her into the music limelight considering her acceptability in the industry.

Recounting how he got featured in Reverend Prince Nyarko’s song, she revealed that the man was coming to do what he had prepared in the studio but she advised him to infuse some Ewe lines into the song.

“He was coming to the studio to do his own business and I was hanging around the studio. As the song was going on I went to him and said this song will sound really nice in Ewe…let’s try it if it is not nice you can delete it. I went in there and sang “Ma tsɔ nyɛ mɔ wo Ana nye Mawu Eya ye nya Nusiwo hia nam Ade ny3 fu kp3 Kp3 wo Kata daa Yesu enye mɔ nyuie fia la Yesu nye mɔ nyuie fia la Yesu enye hɔlɔ nyuie la 3yae dem tso ny3 fukp3kp3 wo m3 Yesu enye hɔlɔ nyuie la and at the end of the day they could not delete it. Destiny forced me into that song because I was not contracted and I was not even invited”, she revealed in an interview on Accra-based Joy Fm monitored by MyNewsGh.com.

“The song came out and it was all over and by the grace of God, I got connected to Reverend Prince Nyarko. We travelled to Beni, we travelled to Togo and all over but at the time I was just a backing vocalist. I did a lot of features and at a point, I had to stop”, she stressed.