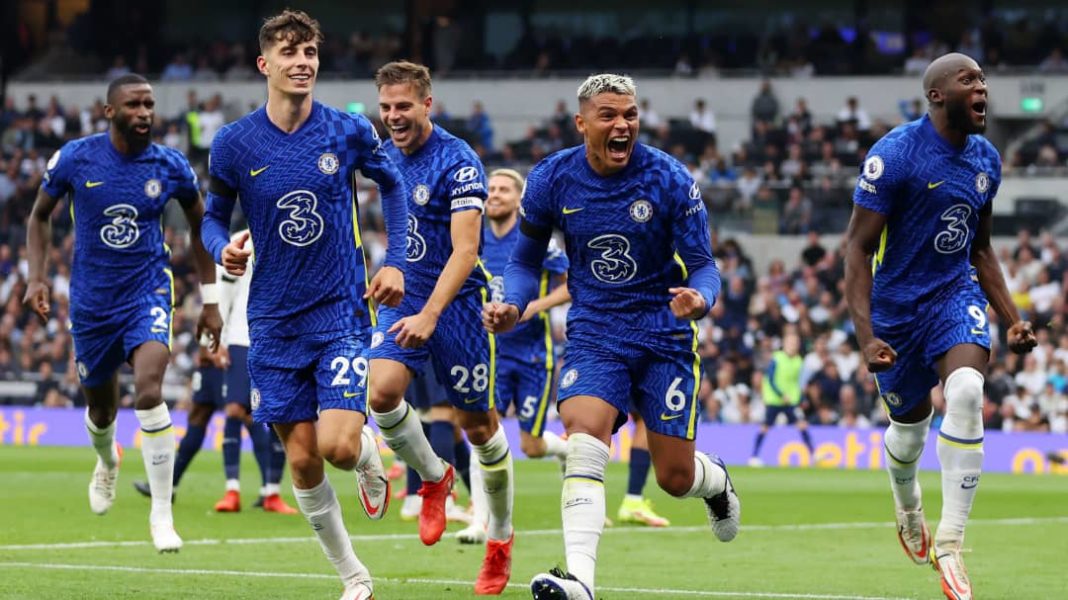 Chelsea moved joint top of the table – alongside Liverpool – following a 3-0 win at Tottenham where both teams paid tribute to the late Jimmy Greaves.

On the morning of the contest, it was announced that the legendary England striker had passed away at the age of 81 and it was fitting that supporters from two of his former clubs joined together to salute his genius ahead of kick-off.

It looked like there would be a goal-fest in his honour too as the sides made bright, attacking starts with Spurs, in particular, penning the Blues back with a high press from their front three.

However, the much-anticipated shoot-out pitting Harry Kane against Romelu Lukaku failed to materialise and the best opportunity of note in the first period came just past the half-hour when Heung-Min Son’s heavy touch allowed Kepa – in for the injured Edouard Mendy – to smother at his feet.

Chelsea came out with a renewed approach following the break and the introduction of N’Golo Kante proved key. Thomas Tuchel’s men took the lead four minutes after the restart when Thiago Silva thumped home a header from a left-wing corner before Kante doubled the advantage with a heavily deflected 25-yard strike soon after.

Spurs offered little to suggest they could launch a realistic recovery and in added time Toni Rudiger put the seal on what is a sixth successive away win in London derbies for the first time in their history.

Chelsea will now switch focus to an EFL home clash with Aston Villa on Wednesday prior to hosting Man City in a mouth-watering league match on Saturday. Spurs visit Wolves in the EFL Cup before visiting Arsenal in the North London derby on Sunday.