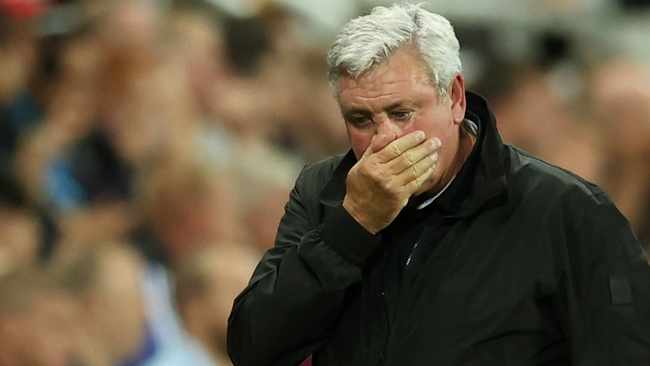 NEWCASTLE – Newcastle United manager Steve Bruce is adamant his side would claw their way out of the Premier League relegation zone after a 1-1 home draw with Leeds United left them still looking for their first win of the season.

The result left Newcastle 18th on two points from five games and Bruce endured a chorus of disgruntled home fans calling for the club to sack him after they fell behind to a 13th-minute goal from Raphinha.

Bruce praised the home crowd for willing their team on to salvage a point against dominant Leeds and said coming under pressure after a poor start was part and parcel of the game.

“I can understand frustrations, I get that,” Bruce told Sky Sports. “The atmosphere they created makes the spectacle. They are unique and the way they got behind the team was the most important thing and I’m very pleased about that.

“You have to accept that when you don’t win a game you come under pressure. How you handle it, keep your dignity, do what you think is best and stick with it.”

ALSO READ: Arsenal’s Arteta was at his ‘lowest’ after Man City defeat

Newcastle were fortunate not to fall further behind in a action-packed first half before Allan Saint-Maximin equalised in the 44th minute with a fine solo effort.

Bruce was delighted with his team’s response and pointed out he actually enjoyed the enthralling encounter which reminded him of schoolboy games with rivals throwing caution to the wind.

“If I’m being honest I enjoyed the game and let’s be honest it could have gone either way,” he said. “It was like when you play at school, it was end to end and to be fair to Leeds they force you into that way.

“After a difficult start, the response was terrific. The players have given everything they could and that’s all you can ask in my position.”

Newcastle fans will be grimly familiar with their predicament, having been relegated as recently as 2016. However, Bruce was confident their playing style would ultimately ensure their safety.

“It’s been a difficult start there’s no disputing that but if we keep playing the way we did there then I’m convinced we’ll be ok,” he said.

Has Drake gotten too comfortable?

Why Is Everybody Saying You’re Evil? – Fans Drag Lilwin After Funny Face Revealed What He Did To Him