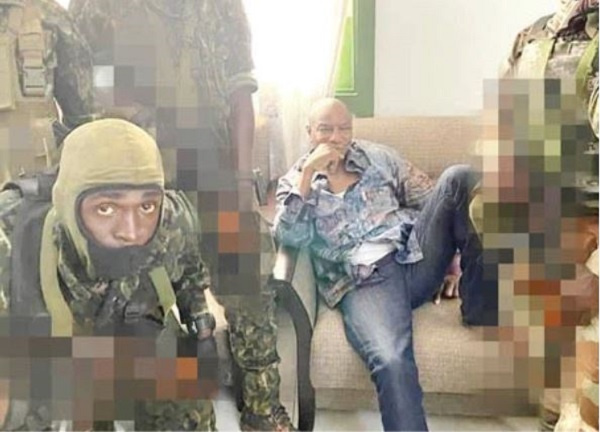 He said: “The old guards in Guinea have taken politics very personally, which is boiling into something of an enmity game.”

He, therefore, called for a new breed of politicians, probably youthful, well inculcated in their civic duties to ensure that they could not break away from the “earth crystallization” which was reflected and manifested in the existing political parties.

Mr Ohemeng-Boamah made the recommendation at a virtual conference on Guinea, organised by the Council on Foreign Relations (CFR) – Ghana dubbed: “Guinea in Crisis: The Way Forward”.

A section of the Guinean Military on Sunday, September 5, announced that they had seized power and that President Alpha Conde was in detention.

The Military attributed the coup d’état to rampant corruption, mismanagement, and poverty in the country.

The Economic Community of West African States (ECOWAS), the Africa Union (AU), and the United Nations (UN) condemned the military takeover and called for the restoration of constitutional rule.

The country has been suspended by both ECOWAS and AU.

Mr Ohemeng-Boamah, a former UN Resident Coordinator to Guinea, noted that the Guinean Army had an oversight role and extremely powerful, hence the need for Guinea to take a second look at that to avoid a reoccurrence of the coup.

He said the role of women was very pivotal in Guinea’s political and socioeconomic development, adding; “They have a lot to gain by the inclusion of women in the political space.”

Dr K.O. Amaning, the former UN Resident Coordinator to Guinea, who gave a historical perspective of Guinea from the colonial era to the post-colonial period, said Guinea was part of French West Africa until it achieved independence in 1958.

He said there was a strong ethnic polarisation among the three strong ethic groups in Guinea, which needed to be handled with care to ensure peaceful coexistence.

Other challenges in Guinea, he mentioned, were poverty and weak state institutions and that the only strong institution in the country was the Army.

He called for capacity building and restructuring to allow dialogue among the various stakeholders in the country.

Dr Mohamed Ibn Chambas, the former Special Representative and Head of the United Nations Office for West Africa and the Sahel (UNOWAS), expressed regret over the military coup d’état.

Mr Daniel K. Osei, the President, CFR-Ghana, who hosted the event, urged all stakeholders to ensure that Guinea emerged from the current crisis stronger.