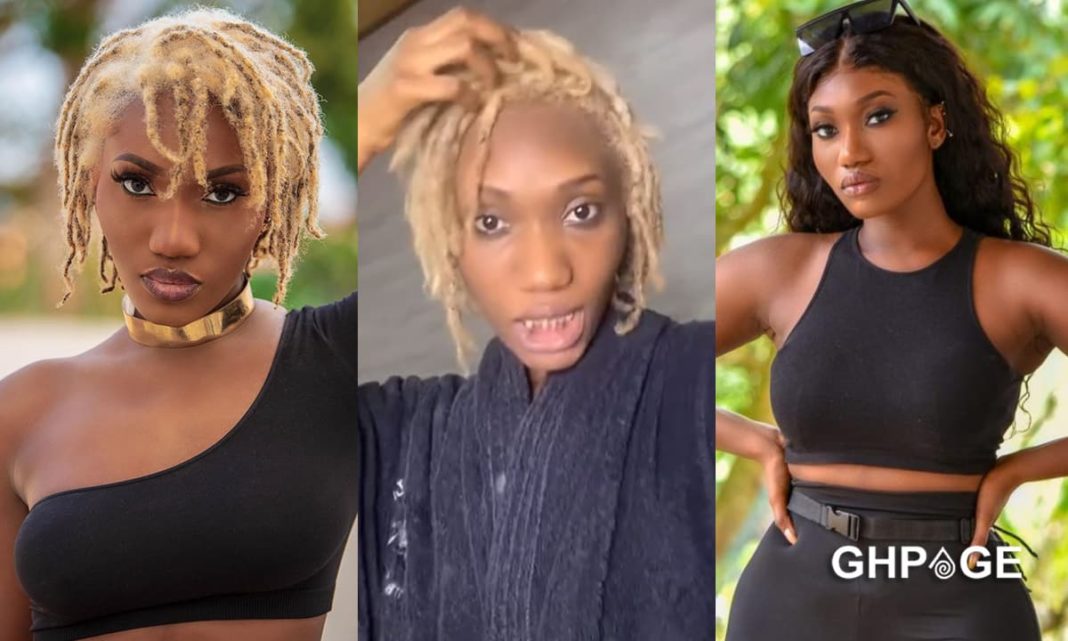 Wendy Shay is being trolled on social media again for the wrong reasons days after releasing her new song, ‘Heat’, in which she threw some subliminal shots at some at Serwaa Amihere and Abena Korkor over their rumoured amorous relationship with John Boadu.

The 25-year-old singer seemingly scared the living hell out of internet users when she decided to wash off her makeup on a video promoting a skincare product.

A few weeks ago, Wendy Shay inked an ambassadorial deal with Pinamang Cosmetics, and as part of her responsibilities, she is expected to project the brand and its product in every way possible to rack up their sales.

Without pressure from anyone, Wendy Shay decided to wash off her makeup as she tried to advertise a shower gel that purportedly gives an anti-effect to users.

Well, the end result was not what many expected because the face that was seen prior to the time she washed off the makeup was totally different.

Wendy Shay’s face without makeup or any filters has got many social media folks screaming out their lungs and trolling her over her not-so-good-looking face.

Some folks have already put together a hilarious video troll her.

Check the video below.

It would not be the first time Wendy Shay has been trolled over her looks without make up.

Check out some reactions below.