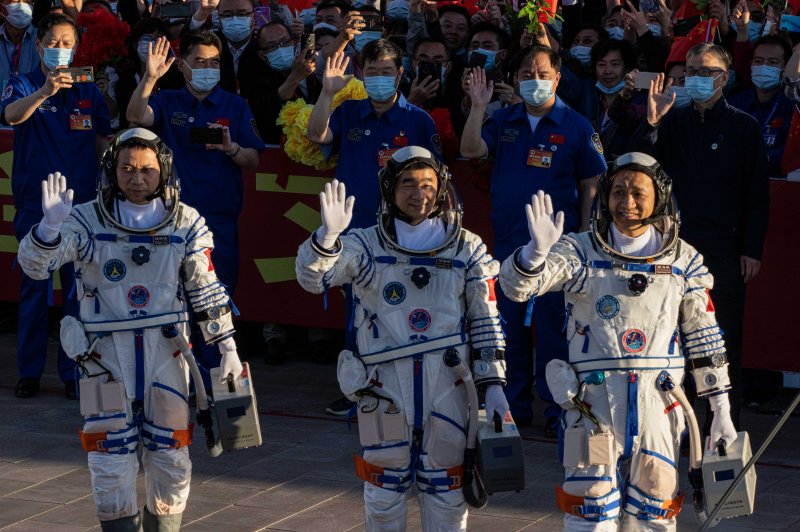 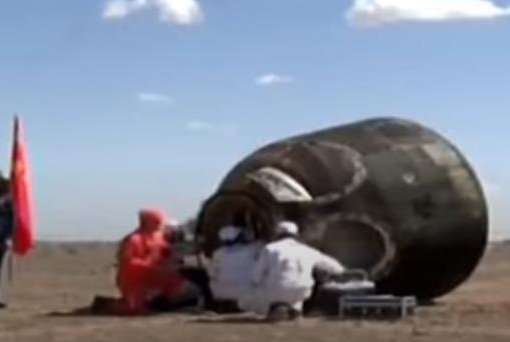 The trio touched down in the Gobi Desert in China on their Shenzhou-12 spacecraft and were met by crews in military helicopters and off-road vehicles.

The three were released from the spacecraft and spent a short time sitting in reclining chairs nearby to reacclimate to Earth’s gravity.

The astronauts left the Earth on June 17 and arrived at the Tianhe module of the space station. Tianhe, which is Chinese for “harmony of the heavens,” was sent into space in April aboard a Long March 5-B rocket.

During their time in low Earth orbit, the astronauts performed two spacewalks to help build the 54-foot-long module and deployed a mechanical arm at the station. They also participated in a video call with Chinese President Xi Jinping.

Beijing plans to launch two more modules into space to complete the space station. Tiangong is Chinese for “heavenly palace.” China will need a total of 11 successful launches, four manned missions and four cargo vessel flights to finish the station by next year.

Officials expect to launch the Tianzhou-3 cargo craft later this month and Shenzhou-13 for a six-month-long crewed mission in October.