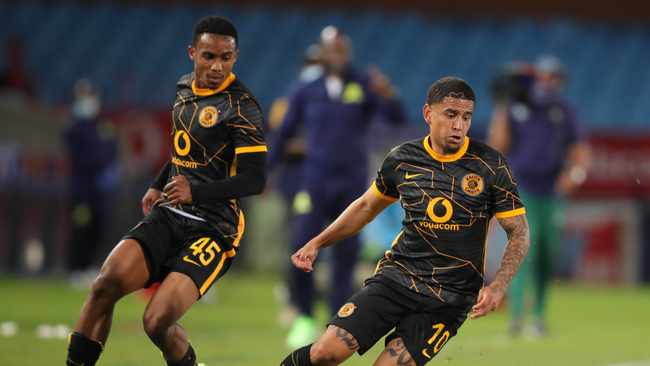 Chiefs held the dominance in this pulsating league encounter, and created plenty of opportunities on the night, including a missed penalty from substitute Lebogang Manyama during the final 10 minutes of the game.

Dolly’s arrival at Naturena during the off-season has certainly raised the tempo of Chiefs’ play, with the former Sundowns playmaker wasting little time in connecting with his old mate Billiat.

The duo share an electrical chemistry on the field with the pair often playing neat small touches between themselves to unlock the opposition’s defence. They have now incorporated Nurkovic into their gameplay, but the Serbian’s first touch let him down on a few occasions against Sundowns.

It was no more evident than when Billiat unleashed a silky lofted back-heel in Nurkovic’s path, which he brought down with his chest, but clumsily missed the shot at goal from inside the small box.

Furthermore, Nurkovic missed a couple more opportunities when Dolly played the long ball over the top. Nurkovic either headed straight at the Sundowns’ goalkeeper Denis Onyango or over the top of the crossbar.

Although Baxter is “disappointed” that Chiefs did not get on the score sheet, he views the number of opportunities Amakhosi created as a major positive moving forward for the season as it shows the manner in which the trio actually compliment each other, and how Nurkovic’s hulking figure provides another form of attack.

“If you want Sami to join in the short-passing game, and have an immediate first touch in the way Khama and Keegan perform, then I doubt it. But what Sami does give us, he gives us a very good foil for the two short players,” Baxter said.

“If we use Khama as a No 9, and we bring him to the false 9 position, then Sami from the position that he is becomes the No 9. That’s why he got into so many goalscoring positions. I think Samir from that position compliments them, and that’s why I am disappointed that one of those front three didn’t score a goal last night.”

Baxter was instead more agitated with his defence for allowing Sundowns in when they were actually the team holding the upper hand.

“I don’t think I have been in a game with Sundowns where we were as dominant, and in the game as were at times. I thought we opened the game really well,” he said. “The goal basically came out of the blue. It was a piece of miserable defending that allowed the goal. We then played very passively for 15 minutes, which is probably understandable because we had been playing so well before conceding the goal, but then we just waited for Sundowns, not putting any pressure on the ball. They could just play long balls behind our backline.

ALSO READ: ’It was emotional for me, and I wanted to cry’, says Orlando Pirates captain Happy Jele on milestone

“We got back into the game in the last 15 minutes, lifted the tempo, pressed a bit higher. The second half I thought we opened it up again, and Sundowns were basically hitting balls on our backline to get out of trouble.

“Then the second goal came, and then it forced my hand to make changes that will get us a goal. We then changed to a diamond back four, instead of a back three, and we got ourselves a penalty, and then we missed a penalty, and the chance for a possible barnstorming finish.

“But it wasn’t. We ended up losing the game 2-0 but it’s by far not an accurate reflection of the game. Pleased with the performance, but obviously not the result.”