Shatta Wale Does It Again 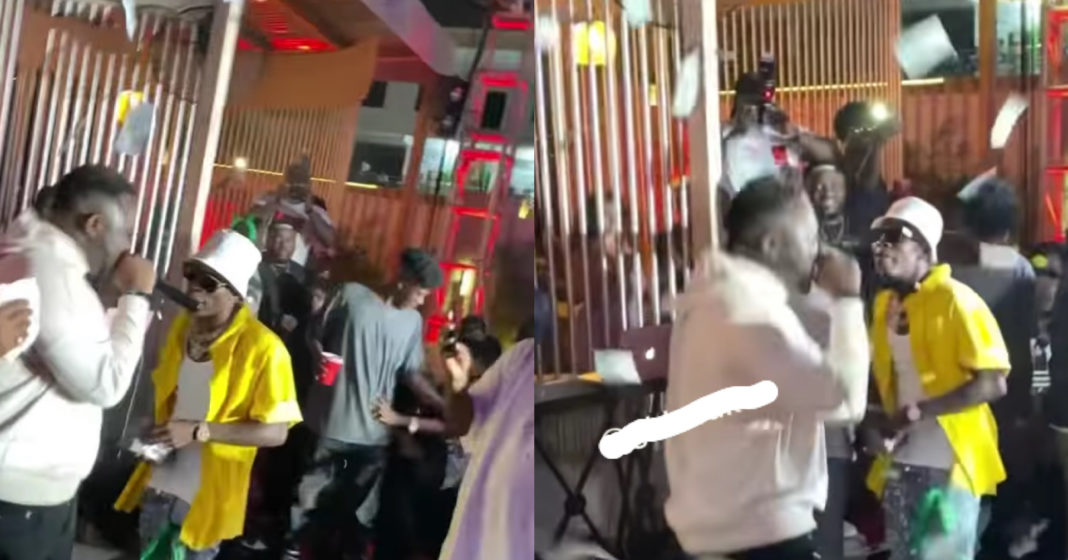 Shatta Wale, the Shatta Movement boss and cash sprayer, has done it once again at Medikal’s concert yesterday.

After over-appreciating Medikal’s performance, the “Melissa” hitmaker, who enjoys spraying cash, did it once again when Medikal was performing his hit song ‘Accra’.

Not long ago Shatta did similar at Ada, when he stopped in the middle of the streets to spray cash on fans. But it seems Shatta was just returning a favor this time around since Medikal also threw some cash on him when they met in town some weeks ago.

Shatta Wale rushed to the stage and began raining cash on him to express his love for him like they always do. A bag was used to clear the cash splashed on stage.