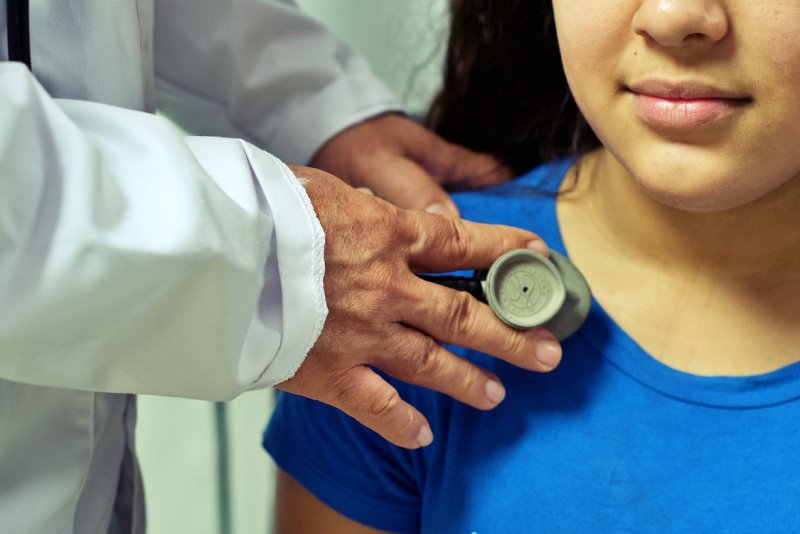 The infections that sickened these children included the flu, severe skin infections, fungal infections of the lungs, bacterial food poisoning, whooping cough and hand, foot and mouth disease, they said.

Of the more than 3.6 million children included in the analysis, nearly 23,000 were diagnosed with autism spectrum disorder — roughly 4,400 females and 18,200 males — the data showed.

Among the male children diagnosed with autism spectrum disorder between age 18 months and 4 years, there was a higher prevalence of severe infections that required hospitalization, the researchers said.

While the study does not prove the illnesses cause autism, the researchers said their findings support previous studies showing severe infections, and their effects on the immune systems of children, increases risk for neurological conditions.

Many of these infections cited are preventable with vaccination, according to the researchers.

“Our results strongly suggest that parents should vaccinate their children to avoid serious infections that could increase the probability of autism, and perhaps even other psychiatric disorders,” study co-author Alcino J. Silva told UPI in an email.

“This is preventable, and we should do everything we can to counteract the campaign of misinformation that is responsible for the resurgence of childhood diseases that were thought to be wiped out,” said Silva, a professor of neurobiology, psychiatry and biobehavioral sciences at UCLA.

About one in 54 children in the United States are diagnosed with autism spectrum disorder, a range of neuro-developmental conditions that affect learning and behavior, the Centers for Disease Control and Prevention estimates.

The cause of these disorders is unknown, and it is likely that there are different causes in different children, according to the Eunice Kennedy Shriver National Institute of Child Health and Human Development.

Some studies have suggested that risk for autism spectrum disorder is passed within families, while others have pinpointed environmental causes, such as exposure to toxic chemicals, it says.

However, Silva’s is not the first study to link childhood infections with increased risk for mental and behavioral health disorders.

Previous research has suggested that viruses passed from mother-to-child before birth may raise the baby’s risk for autism spectrum disorder or schizophrenia later in life.

And Shriver Institute researchers have explored the “role of maternal inflammation during pregnancy in the development of neuro-developmental disorders,” according to Dr. Alice Kau, a program director at the institute’s Intellectual and Developmental Disabilities Branch.

This inflammation would be caused by infections that sicken the mother, though those that affect the children during infancy are “being considered as a potential risk” factor for autism spectrum disorder, she said.

For this study, Silva and his colleagues analyzed the medical records of more than 3.6 million children and compared the prevalence of serious infections requiring hospitalization in childhood among those with and without autism spectrum disorders.

In addition, they used mice injected with a chemical that simulates viral infections during infancy and compared their social interaction skills as adults with those of mice not injected with the chemical, they said.

In addition to the higher prevalence of serious infections among male children diagnosed with autism spectrum disorder, the mice infected in infancy were less likely to exhibit “normal social interaction” behavior compared with uninfected mice, the researchers said.

“The infections activate mechanisms in the brain that interact with gene changes or mutations that predispose children to autism,” Silva said.

“These mutations by themselves may not result in autism, but together with strong infections, the kind that require medical attention, they may increase the probability of autism,” he said.