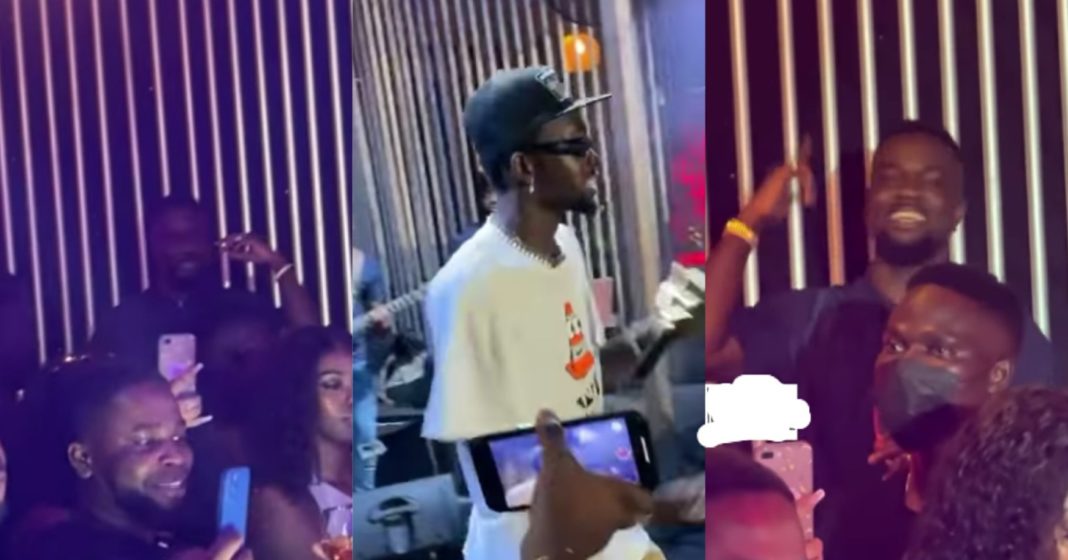 Sarkodie couldn’t resist singing Black Sherif’s Second Sermon song when he mounted the stage to shake the crowd at Live with Medikal Concert on Thursday, Sep. 16.

Sarkodie was spotted holding his legendary wine glass which he has flagrantly incorporated into his brand while jamming to Sherif’s song and even dropped a line or two in syncronisation.

The Sad Boys President on the other hand gave a good account of himself and the crowd equally appreciated him. The short clip was uploaded by GHHyper and we have it here for you;

Evidently, Burna Boys wishes he sing the song word for word as he struggled to move his lips to the rhythm of Second Sermon but since music is a universal language, he could not resist jamming to it even though he does not understand the language used in there.

Similarly, Black Sherif was recently spotted with Africa’s finest diva Tiwa Savage prompting speculations that there could be a collabo in the offing.

The broad smile on Black Sherif’s face as the Nigerian singer vibed to her song is one of the coolest things you could stumble upon on the internet.

We have no idea where the short meeting took place but it seems the young rapper who has seen a meteoric rise in his career after he dropped his First Sermon and Second Sermon singles, Tiwa Savage has warmed up to his groove and is ready to have a joint project with him.