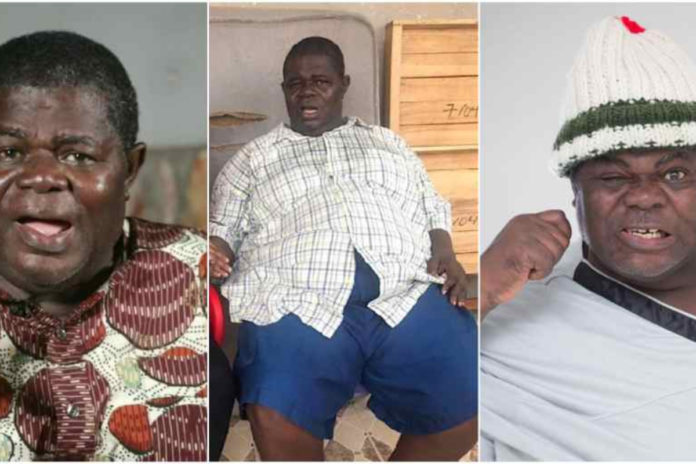 Legendary actor Psalm Adjetefio, TT of Taxi fame has cursed those making fun of him for being poor after all the fame he enjoyed in the past.

The life of Psalm Adjetefio hasn’t been the same after he got sick some years ago and he recently was begging for money for his house rent and the VP and some others have come to his aide giving him some money for his upkeep and surgery.

Some netizens reacting to Psalm Adjeteyfio’s plight made fun of him asking why he didn’t save for the future after all the fame he enjoyed in the past claiming they would rather donate somewhere else than give it to him.

The words some of these trolls used on TT are so harsh that he has angrily cursed them saying he prays God to allow the devil to visit them and then they will realize that no matter the amount of money they have it’s nothing.

READ ALSO: I’m Obsessed With His Legs – Regina Daniels Says As She Gushes Over Her Husband Ned Nwoko

According to him, people work hard in the youthful age and make money and prepare for old age but there’s something called sickness that he didn’t create and it takes almost everything away from them making them poor as if they never worked.

What Psalm Adjetefio is trying to say is that his ailment has taken away all the properties he made, and now he’s weak to work again because of his heart issue therefore all those saying that, he prays the devil visits them one day.