Mad rush for pono movie audition after American company stormed Ghana to recruit actors, each actor to earn over ₵400,000 » ™

A Twitter user who obviously wanted to kill boredom and amuse himself at the expense of other netizens’ folly, took to the microblogging platform to reveal that there’s going to be a pono audition in Ghana by an American production house. 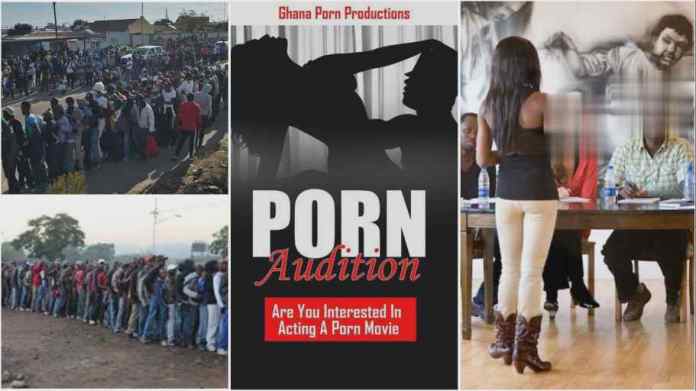 The tweep identified as Keegan @Kvng_Dela said that each person will be paid a whopping $70,000 which is equivalent to ₵416,500. He also added that the role demands actors to wear a mask in order to shield their identities.

According to the account, the auditions will happen at the plush Villagio Estates in Accra. Although it’s evident that the guy was joking, the vast unemployment that is plaguing the youth raised its ugly head as tons of youth stormed the comment section to express interest. 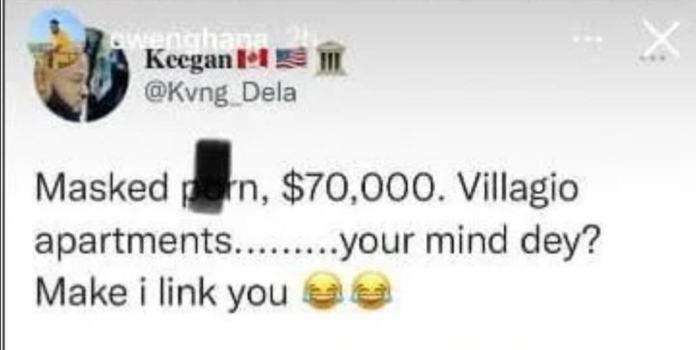 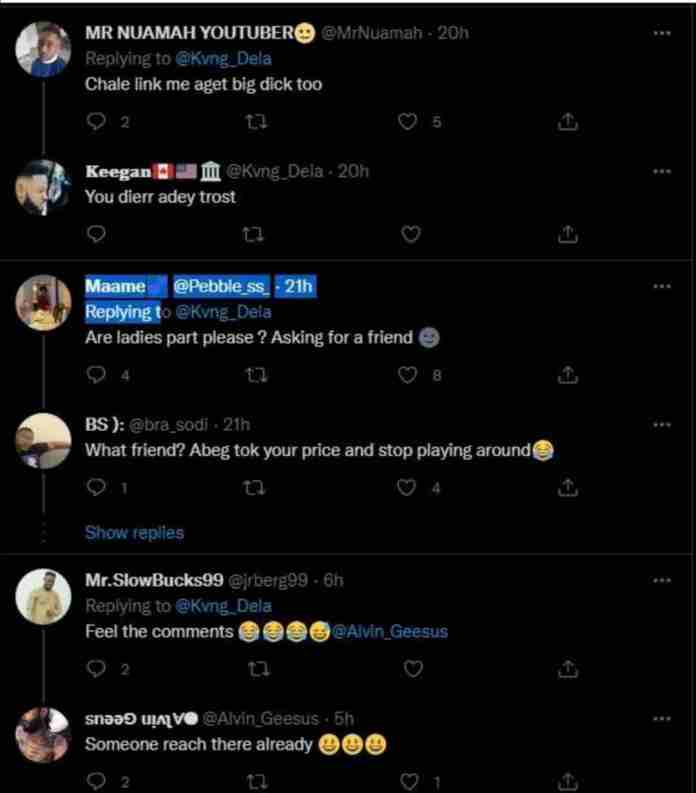 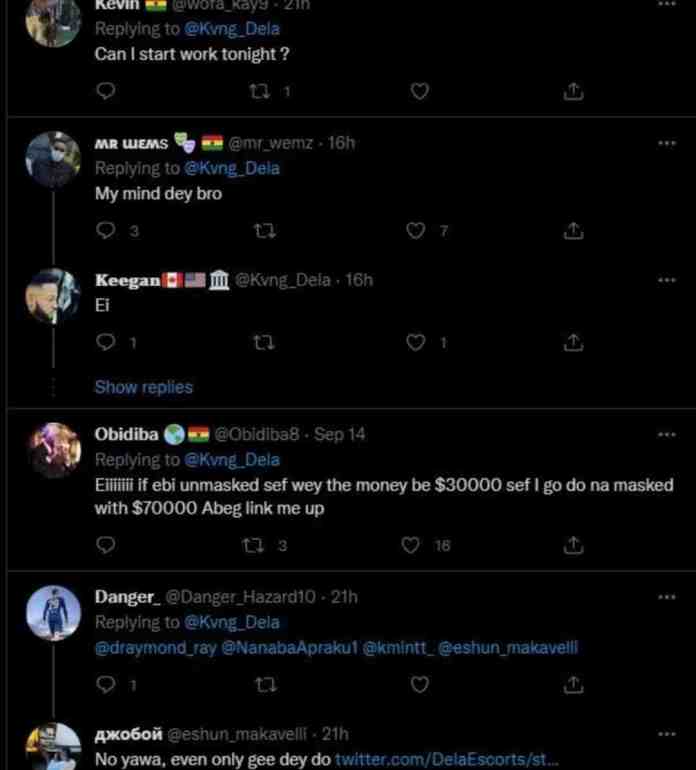