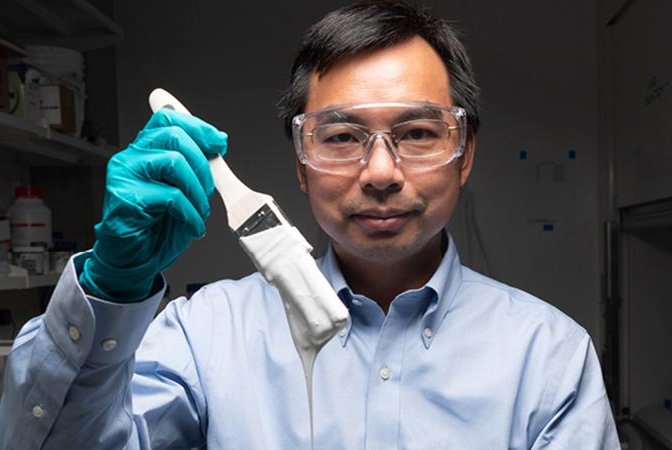 Xiulin Ruan, a professor of mechanical engineering at the West Lafayette, Ind., school, said the original aim of the project was to create a paint that would reflect sunlight from a building and thereby lower energy usage as a means of fighting climate change.

The process of making the paint reflective had a side-effect of making the paint extremely white, Ruan found. The barium sulphate was partially responsible for the color, and the usage of differing particle sizes in the paint caused it to reflect a greater spectrum of sunlight.

The paint was declared the world’s whitest by Guinness World Records, which selected the record for inclusion in the 2022 edition of the Guinness Book of World Records.